The government has decided that all agreements signed in the future with foreign partners will include provisions for technology transfer. This will include fast friend China.

The first of these would apply to the extension of a 2010 accord for deepening cooperation in the field of geosciences. A Memorandum of Understanding had been signed between the Geological Survey of Pakistan and the China Geological Survey on July 6, 2010, with a three-year validity.

While long expired, it was decided to expand cooperation enshrined under the original MoU following a meeting between the vice minister of the China Geological Survey, the chief of naval staff and Pakistan’s Ambassador to China, Dr Masood Khalid, earlier this year. The draft MoU had been cleared by all the relevant departments until it came up to the prime minister for clearance when he suggested including technology transfer and skill development of the youth in the agreement and to make it a standard practice to include these provisions in all agreements in the future.

The idea is that Prime Minister Imran Khan feels this is a subject which was neglected by past governments and that it is one area he aims to improve on. On the surface, this sounds like a positive step by the government with the good intentions quite apparent. It also betrays a sense of naïveté of a first-time government. However, forcing foreign partners to part with their hard-earned technological knowledge can prove to be tricky when securing deals.

Technology transfer is partly responsible for the massive development in India — a country which came into being the same time as ours with their industry at a level slightly better than ours if not similar. But like India, we have to ensure that our local workforce is capable of absorbing, learning and then quickly mastering the new technology which is being transferred. As the government pushes ahead with technology transfer provisions in new agreements, perhaps it may take the intervening time to ensure that local educational institutions are also producing a product which is up to scratch. 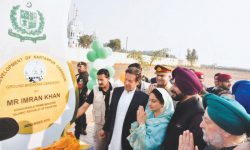