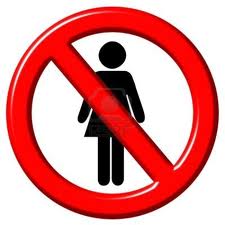 The banned Tehreek-i-Taliban Pakistan warned women of Hangu against taking part in the recently-held by-election, otherwise they would be kidnapped and killed. As a result, women were not allowed to vote at many polling stations in Khyber Pakhtunkhwa.

The Taliban had issued a similar warning during the May 11 general elections and had taken away ballot boxes in some parts of Hangu.

Also, on May 11 the Pakistan Tehreek-i-Insaf, Jamaat-i-Islami, PML-N, Awami National Party and the PPP signed an accord barring women from voting.

According to Clause 20 of the Election Rules, women cannot be barred from voting. The agreement reached between these political parties on the voting strategy was a clear violation of the constitution, as well as of the electoral code of conduct.

In Khyber Pakhtunkhwa the PTI defeated all mainstream political parties across the province on May 11 and formed the government. The chief minister of KP is from the PTI. In their provisional government women voters were stopped again from exercising their right of franchise in the by-election.

The PTI claimed it is very popular in urban areas of Karachi and Lahore; on May 11 we saw many modern women had come out on the streets of Lahore and Karachi during their protest. But in KP, the PTI barred the women from voting.

According to PTI secular group strong influence of Taliban policies exist in the PTI.

The existence of the Taliban is dangerous for the country’s sovereignty.

The Election Commission of Pakistan should declare the elections null and void and conduct re-polling in the affected constituencies with the guarantee that the right to vote is ensured for all women.

Post Tagged with Ban on women voters, The banned Tehreek-i-Taliban Pakistan, The Taliban had issued a similar warning during the May 11 general elections, Women voters were stopped, women voting, women were not allowed to vote at many polling stations in Khyber Pakhtunkhwa. 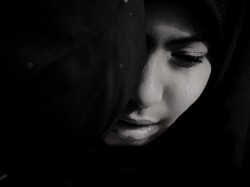