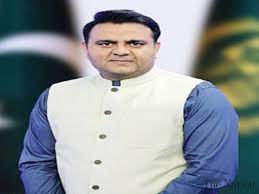 While briefing the National Assembly Standing Committee on Information and Broadcasting on Pakistan Media Development Authority (PMDA) here on Wednesday, the minister said that regulating the media is important and ahead of constituting PMDA, respective laws in UK, India, Australia, Singapore and European were thoroughly monitored and studied.

The information minister informed the committee that Cable TV operators were also allowed to run their transmission by purchasing their content. He also revealed that there are 1672 ABC certified newspapers in Pakistan adding that there was a large number of strength of fake newspapers in the country. He also stated that a total of mobile subscriptions in the country are 185 million.

There are 104 million broadband subscribers and 102 million 3G-4G subscribers in the country, said Fawad. The minister also revealed that there are 65 million people are on WhatsApp in Pakistan. Google and Facebook have secured seven billion ads from Pakistan in a year, said Fawad adding that games have become a huge and massive industry in recent years. A Pakistani child has earned 16 million dollars by playing games, said Federal Minister of Information.

The information minister said that through EU Disinformation Lab, 875 fake websites were utilized to spread fake news about Pakistan. The trend of civil war in Karachi started from Ahmedabad, India, Fawad revealed before NA Standing Committee on Information. He also added that action was being taken against TLP in Karachi.  The Information Minister also stated the NA Standing Committee on Information that there are seven bodies for regulating the media. The Press Council decided 29 cases at a cost of Rs 500 million, he added.

Highlighting Pakistan Media Development Authority features, he said that assistance was sought from Australia and English Laws to draft PMDA. He stated that PMDA is being established to bring all the rules and respective forums under one platform.  The minister said that the government aims at providing one window operation to media and consumers. There are serious problems in the NOC of any film, said Fawad. He added that the government also wanted to create a one-window operation for the NOC of the film. Criminal section is not being included in any media development authority law, said Information Minister.

He said the commission will have four members from the government and four from the media industry.

Earlier, State Minister for Information and Broadcasting Farrukh Habib said protection of journalists is responsibly of the government. He disclosed that Information Minister Fawad Chaudhry cooperated to get registered FIR of Asad Toor. He said that bill for welfare of journalists was put forward in the house, he personally believed that it will be approved.

Marriyum Aurengzaib commenting on statement of Fawad Chaudhy complained that conduct of Federal Information Minister in committee meeting was inappropriate. Chairman Standing Committee on Information Javed Latif said that Interior Minister had contended on Asad Toor issue that they have reached near the culprits. He questioned that does Interior Minister hiding something.

Chairman Information Standing Committee Javed Latif said that if Interior Secretary does not come in the next meeting, we will better visit him in his office.

After having a detailed deliberation regarding “Proposed draft of Pakistan Media Development Authority (PMDA); the Committee appointed a Sub-Committee under the Convenership of Ms Marriyum Aurangzeb, Ms. Kanwal Shauzab and Dr. Nafisa Shah, MNAs as its Members.