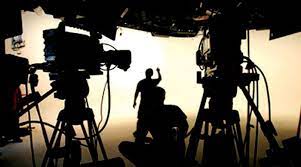 Presiding over to the panel, Member of National Assembly of PMLN Javed Latif assigned the sub-committee with task to hold regular consultation with the journalist organizations over the proposed authority.

The sub-committee would be headed by Marriyum Aurangzeb, while Kanwal Shauzab and Dr Nafisa Shah would be members of the body.

Briefing the committee on PMDA, Minister for Information and Broadcasting Chaudhry Fawad Hussain said consultation with relevant organizations including Council of Pakistan Newspapers Editors, Pakistan Broadcasters Association and others, was underway.

He said Prime Minister Imran Khan had emphasized on materializing the initiative in consensus with the stake-holders, though some people did not want the media to be regulated. The minister said the proposed PMDA was aimed at merging different organizations including Pemra, Press Council of Pakistan, (PCP), Central Board of Films Censors (CBFC), Press Registrar Office, Audit Bureau of Circulation (ABC), Implementation Tribunal for Newspaper Employees (ITNE) to deal with electronic, print, digital media and films under a single regulatory authority.

He said the government was striving to provide one-window operation to media and their subscribers alike. Guidance over the PMDA’s draft had been deduced from the relevant laws, enforced by the developed countries including United Kingdom, Australia, European Union and others, he added.

Highlighting the contours of PMDA’s draft, the minister said there were seven rules and bodies proposed in the PMDA’s draft for regulating the media industry.

He said media complaint commissions would be constituted in seven major cities under the PMDA. An independent commission would be set up to appoint their four members, each from the government and private sector.

The minister ruled out possibility of any compromise on those clauses of PMDA which were meant to ensure media workers’ rights and curb fake news. The main concerns of detractors were about the rights of media workers and dealing of fake news proposed in the PMDA, he added.

He said some five directorates of films were being set up in seven big cities under the PMDA. The government intended to initiate one-window operation for the aspirants of NOCs for making films to minimize their ordeals. Criminal section was not being added in proposed PMDA law.

Talking about fake news, Fawad said media was being used as a tool in the ongoing media war game. Pakistan can’t turn a blind eye to conspiracies against Pakistan, he added.

In the EU Disinformation Lab report, some 875 fake websites were pointed out for being used for spreading such news against the country. The trend of civil war in Karachi was imported from Ahmedabad, India.

He said the country was still on Financial Action Task Force’s (FATF) grey list despite enduring economic losses of over $ 150 billion and sacrificing more than 80,000 lives in the war against terrorism.

He said articles were being published against China Pakistan Economic Corridor (CPEC) sans bothering to have government’s stance on it.

Various anti-Pakistan twitter trends were launched from Afghanistan, he said adding out of which most trends especially the hashtag ‘sanctionpakistan’ trend was run against Pakistan under the patronage of India’s Research and Analysis Wing (RAW). However, all the conspiracies being hatched against the country would be foiled with joint efforts, he added.

He said the social media advertisement earnings in Pakistan had already touched whopping Rs25 billion mark. Technology giants Google and Facebook had earned Rs7 billion from Pakistan advertisement in one year. The country has to regulate the money that was flowing out of Pakistan in dollars.

Similarly, there were some 258 FM Radios working in country. Some, 4,026 cable TV operators were currently working in the country. They were being allowed to buy and broadcast the content on their respective cable networks. The country has six mobile TVs and 12 IPTVs.

In country, there were some 1,672 ABC certified newspapers. Out of which a vast number of newspapers were dummy papers. There were some 185 million mobile and 104 million broadband subscribers.

The number of 3G and 4G subscribers was 102 million, he said, adding that some 65 million people were using WhatsApp in the country. Gaming has also become a main industry in the country. A Pakistani child has earned $16 million gaming.

During the meeting, Inspector General of Police, (ICT), briefed the committee regarding progress on investigation of attacks on former Pemra chairman/ senior journalist Absar Alam and Asad Toor.