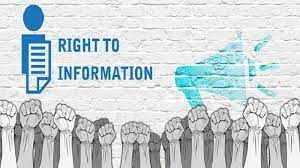 ISLAMABAD: The speakers belonging to various shades of society have reminded on the International Day for Universal Access to Information (IDUAI) that access to information is considered as the touchstone for all human rights including freedom of expression and media freedom.

Its special relevance to Sustainable Development Goals (SDGs) is also significant, in which it calls upon member states to adopt and implement constitutional, statutory and policy guarantees for public access to information. The IDUAI was celebrated under the theme, “The right to Know – Building Back Better” on Tuesday under the auspices of the United Nations Educational, Scientific and Cultural Organisation (UNESCO) with partners including the EU delegation to Pakistan, the embassies of Sweden, the Netherlands and the global civil society organizations Free Press Unlimited (FPU).

Swedish Ambassador Henrik Persson gave the welcome marks by recognising the importance of access to information for building strong institutions.

During his keynote address Balochistan Minister Zahoor Ahmed Buledi, stressed upon the need for more proactive disclosure of information by the governments to strengthen citizen’s voices, accountability, and transparency. 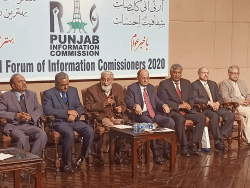 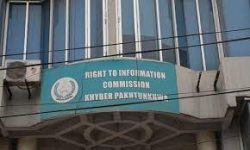