Addressing a press conference on Tuesday, Rafi Peer Theatre Workshop Chairman Usman Peerzada along with Saidan Peerzada and Aleena revealed the schedule and programmes of the YPAF.

Usman Peerzada said that in order to promote young people through performances, the RPT decided to reorganise the YPAF, which would now include theatre, music, dance performances besides short film screenings.

He said that performing arts culture in Pakistan was gradually decreasing and there was no such institution to teach performing arts. During past one decade, he said, it was being taught in some of the educational institutions like National College of Arts (NCA), but graduates of these subjects had not been provided any platform to show their talent and work; therefore, the RPT has provided them a platform where students, who want to express their ideas and talent, could experience and express themselves in front of live audience.

About today’s theatre, he was of the view that theatre has become a nightclub activity nowadays which only provides comics and sexual exploitations. No doubt, he said, theatre has elements of entertainment in shape of music, comics but through a message and lesson.

Usman further said that the YPAF allows our young people to celebrate the diversity of arts on a platform that nurtures and projects them across the country and the wider world. Through this multi-disciplinary festival, he said, we seek to expose kids to many faces of performing and visual arts and the festival thus becomes a melting pot of styles, genres, disciplines, ideas and outlooks, creating an unparallel opportunity for sharing and learning alike.

He said that the aim of the festival was to project an image of Pakistan as a country that was rich in culture and heritage. To achieve this aim, the Rafi Peer Theatre Workshop has been encouraging activities and creativity in the field of live performing arts like drama and mime, dance, music theatre and filmmaking.

Explaining the schedule and programmes of the YPAF, Aleena said that with the high aim in mind, we embark on the creation of the 13th YPAF from October 16 (Thursday) to October 19. The festival’s agenda was to promote young people in performing and visual arts towards the end of the festival that will stage almost 100 performances, she added. She said that more than 35 groups would perform in theatre performances and 40 in music performances.

While live theatre performed by various school, colleges and individual theatre groups will be held each night, she said, adding that dance performances would be further complemented by a multi-band concert to be held on October 18 with the name of “rock night”.

She said that similar in style and format to the world performing arts festival, the YPAF has emerged as an important platform of artistic growth. It has become a major festival for the youths of Pakistan and inspired by its sprit, many smaller youth festivals throughout the country as well as a multitude of inter-college activities take place, she added.

Aleena added that since this year’s festival was competitive; therefore, renowned judges would be presiding over in order to judge the students in four categories and that this would set the bar of competition even higher. The festival makes arrangements to meet specific performance needs; all of the theatres are fully equipped with lights, sound, black masking etc and the festival could compensate for technical requirement in lights, sound and sets that cannot be brought in by out-station, she said.

She was of the view that over the years, the YPAF has played host to hundreds of young performers from the fields of dance, theatre, music, film and puppetry from across Pakistan and across the world who have delighted audiences of thousands to create a fantastic, positive and progressive energy. She said that arts unify and that through this grand celebration of diverse artistic medium and traditions, we hope to inculcate a spirit of oneness and compassion in our young people.

To a question about Faizan Peerzada’s absence, she said that he has left a vast gap in RPT which could never be filled. She added that we have also planned to pay tribute to Faizan on awards night. She believed that Faizan would be leading their team spiritually. 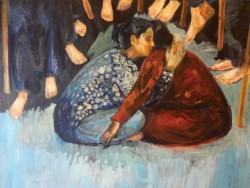 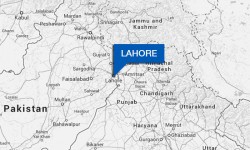 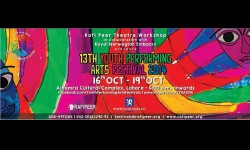