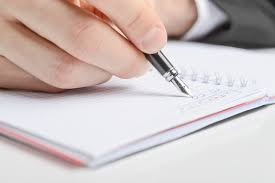 KARACHI: “None of the TV channels today have hired qualified script editors which is adversely affecting the state of the Urdu language in Pakistan,” playwright Haseena Moin said at a panel discussion on Urdu story writing which turned into a debate on the general state of Urdu in Pakistan.

Haseena Moin stressed the need to observe aspects of civilised behaviour and mannerism that was associated with speaking pure Urdu.

Pakistan television, she noted, was instrumental in promoting the Urdu language and literature alongside a tehzeeb, which no longer existed in the present day.

She also criticised the lack of qualified script editors in TV channels today which was contributing to deteriorating standards of language in the country.

Playwright Saima Akram Chaudhry agreed with Haseena and said that everyone with access to script made modifications, resulting in reduced control of the writer on the final content that was aired.

Playwright Zafar Meraj reflected on the need for language and the associated thought patterns. He traced the beginnings of the tradition of storytelling to the time when agriculture was invented, “After the first seed was sown, man had to sit down and wait for the sapling to grow, then came the issues of ownership, limits, and the need for ethics and norms. That is when storytelling was invented as a tool to demonstrate the values people wanted to propagate.”

Poet Ali Moeen challenged the students to hold more such events in order to show their capabilities and talent. He addressed the students’ concerns about the diminishing prevalence of the Urdu language in society and asked the medical students in the audience “what stops you from learning proper Urdu?”

He also agreed with the rest of the panellists that the refinement and civilised behaviour associated with the Urdu language was disappearing from the society.

The event was followed by another discussion on the state of Urdu journalism in Pakistan in which journalists Mubasshir Zaidi, Khursheed Hyder, and Mazhar Abbas participated.

Mubasshir Zaidi stressed on the Turkish example where the education system was in the Turkish language. “Here, you are required to speak in English in order to succeed, so that’s the fundamental wrong pulling Urdu behind.”

Mazhar Abbas emphasised the power of the society in setting the direction of the mass media. He recalled that he had arranged for a proper Urdu training of television anchors at the time he had begun working with one of the prominent news channels.

However, he was of the opinion that the proper Urdu language spoken by most anchors was beyond the producers who insisted on using the colloquial style.

He also pointed out that there was no department on news channels regulating the kind and standard of language being used on air.

Khursheed Hyder recalled her days at Dawn as a magazine editor and said that she was responsible for the language used so the readers were not wrongly influenced.

She stressed the influence of the media citing the example of Rupert Murdoch who had vowed to influence society in the Far East using the power of media.

At the end, Mubasshir Zaidi reiterated the view that no forum existed to check the use of language on media and urged collective action to safeguard the standard of language in order to save the associated values. “Otherwise, we will continue to ask the same questions thirty years into the future,” He said.

The Vice Chancellor of the JSMU Professor, S. M. Tariq Rafi, urged the students to make use of the rich cultural heritage associated with the languages spoken in Pakistan.

“Language and literature shape the thinking of a person. When you go out to serve the society as doctors armed with the knowledge and skills of medicine, you will be required to make decisions about every aspect of your private and professional lives. Those decisions will be shaped by the influences you have received from the society in addition to your academic achievements.”

The programme included tributes to late Mushtaq Ahmed Yousufi and Ahmed Faraz, a theatre play by students and music performances in the evening.