LAHORE: Eminent writer Altaf Fatima breathed her last on Thursday after a prolonged illness. She was 91.Born in 1927 in Lucknow, UP, Altaf Fatima was an Urdu novelist, short-story writer, and an expert on poet-philosopher Dr Muhammad Iqbal.

At the time of Partition, she moved to Lahore and earned a bachelor’s in education and a master’s degree from the University of Punjab. Her novel Dastak Na Dou is regarded as one of the defining works in the Urdu language. An adaptation was presented on Pakistan television and an abridged translation was serialised by monthly Herald.

Poet Hussain Majroh, who has also served as secretary general of Halqa-i-Arbab-i-Zauq, said for the last 20 years Altaf Fatima had started to cut herself off from friends and was not very social.

“She had always kept a low profile, and never ever used her status as a prominent writer to seek attention or benefits.

She rarely made public appearances even as a writer, and perhaps it is because of that she has not been given the place that she ought to have been,” he said. Majroh said Fatima was known for three things, her novels, particularly Dastak Na Dou, her short stories, and her excellent translation of world literature especially fiction.

“Her work was mostly fiction, and like Dastak Na Dou she wrote on socio-political themes,” he said, adding that Dastak was a book uniquely different in which she had written about the 1960’s milieu, where she observed opportunism was taking root slowly. She examined the country’s landscape of politics, taboos and social realities, the breaking apart of relationships.

“She was bold – not in the same way as Ismat Chughtai – but she spoke up about things and she was progressive – again not part of any leftist movement, but she was forward looking. Her death is a great loss to Urdu literature.”

Fatima did not have any children. She is survived by her nephew Umar Kabeer, son of her sister Nishat Fatima, also a writer who took care of her. 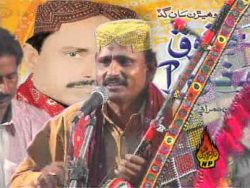 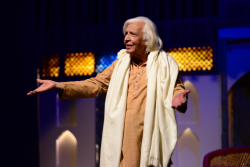