KARACHI: With the election fever at its peak, the cellular mobile operators have recorded a significant increase in data traffic mainly because of an election-related service in May.

On the other hand, the Election Commission of Pakistan and National Database and Registration Authority have earned more than the five CMOs combined from the same service.

“If we look at our White Label Services, the company’s SMS-based traffic has increased 22% month-on-month and 1,000% year-on-year in May,” said a telecom company official who wished not to be named.

White Label Service is a short code-based service, such as ECP’s 8300, provided by government agencies through mobile networks.

“This increase in data traffic will certainly lead to a surge in revenues for May,” the official said, thanks to general elections.

The company has also recorded an increase in person-to-person SMS traffic – one of the highest revenue sources for the telecom industry – but by a very small percentage.

The 90% YoY increase, in part, reflects the impact of election season, but it is also due to the expansion in the subscriber base in the last 12 months, he said.

These numbers reflect the surge in traffic for only one operator, but it also highlights the overall industry trend. However, the ECP and NADRA have earned more than the five operators combined from the ECP’s 8300 service, based on revenue-sharing formula.

For each SMS sent to 8300, according to the official, the network provider gets 30% of the revenue while the ECP and NADRA share 35% each from the remainder – the SMS costs Rs2.50 plus tax.

The 2013 general elections are historic in many ways for Pakistan, which is all set to see the first-ever democratic transfer of power since its inception. Elections are taking place at a time when the country’s mobile teledensity is touching 70% – it was under 55% in previous elections. The CMOs have been introducing election services to boost revenues while politicians are using the technology to grab every single vote they can.

The telecommunications infrastructure is well placed this time and the focus of CMOs on value added services is higher than ever, said the telecom company official. It’s because of the mobile penetration that the ECP has focused on short code services to facilitate voters, he said.

In addition to government agencies, the official said, there are several other services of similar nature that are also contributing to their revenues.

For instance, Geo News has started a service for election news updates and registered their short code on all networks, he said. But in that case, the revenue sharing formula may vary from operator to operator.

“An operator with a large customer base may charge higher commission on each SMS than a small operator,” he said.

In addition to benefiting the CMOs and the ECP financially, the mobile penetration seems to have increased political awareness among voters, the official said. “The response to the ECP’s service reflects the interest of voters and may result in a higher turnout,” he said.

Responding to a question about the geographical breakdown of SMS traffic, the official said, “The highest traffic was observed from central Punjab.” 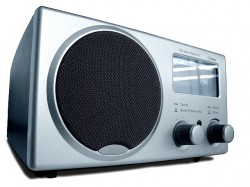 Media allowed to broadcast LG results one hour after polls 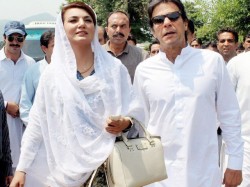 Bowing out: Reham will not contest elections: Imran Khan