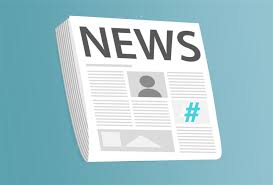 Oxbridge Society and its co-ordinator Irshad Ullah-Khan were more than happy by Moeed Hassan Pirzada’s lecture in Islamabad last week, where he gave an overview of Pakistan’s media situation, past, present and future. It was good to get some basics sorted out, a description and facts and issues presented, so that people who are not in the media themselves, can have a better background to consider and analyse news and issues. Often nowadays, especially in fields where everyone somehow feels it is possible to have an opinion, we talk about issues without knowing the basics. In a recent column, I drew attention to some social scientists, with scant media knowledge, yet they spoke as if they knew it all. The conferences were meant to be scientific, hence researchers felt they could talk, even to talk down on media practitioners, including that journalist enter the profession by fault. The meetings were about fake news, but to say and write something without checking the facts and issues beforehand is also presenting fake news; it is an arrogance of people in academic and other high posts. We automatically listen to such people because we think they are more neutral and knowledgeable than others.

When Pirzada spoke at Oxbridge last week, he presented facts and issues in an engaging way, as several participants told me afterwards; well, he was not entirely academic and humble, of course not, that one wouldn’t expect from any popular TV anchor! His CV indicates that he has local and British education and experience in media and political analysis in both countries and he has travelled widely and interviewed politicians in many foreign lands – and he has great mastery of the ‘Queen’s English’. His substantive knowledge was what I and the other participants enjoyed – and when he exaggerated, and spoke about things where he had less expertise, he did that without things becoming ‘fake news’.

I should hasten to add that I am using Pirzada more as an example rather than evaluating his specific presentation, including all the tricky questions he handled so well.

He told us that Pakistan now has about one hundred TV channels, but that there was little direct profit in that industry. He was also quite critical to PTV and the Ministry of Information and Broadcasting, National History and Literary Heritage, as the full name is. He suggested that the ministry has little policy thinking to offer, and there seems to be competence competition with PTV. He criticised the local channels for not being able to cover news countrywide in depth, or at all. He even suggested that he would turn on BBC to get details of major events in Pakistan. I don’t think he said much about the role of the radio, which again is a growing medium in Europe nowadays; and I he could have said more about daily newspapers, in English, Urdu, and vernaculars. I am of the opinion that the press generally has more professional newsmen and women than the TV channels; journalists should rather begin their career in print media and then ‘graduate’ to electronic media, what was more common in the past. But maybe I am outdated, not quite having realized that TV is today the focal medium for the young journalists and talkers?

At the other conferences I above mentioned I had attended recently, there was less basic information given of the kind that Pirzada gave us, especially about TV. Historically, I thought Pirzada could have dwelt more on the fact that it was in Gen. Pervez Musharraf’s time as Pakistan’s president that the media were let loose and the role of the PTV monopoly ended. I believe Musharraf actually believed in the importance of liberalization of the media as a positive factor for people’s participation in development. What we didn’t foresee, was the mushrooming of TV channels with focus on talk shows. (When I, 25 years ago, wrote a policy paper for an African country, with a local expert, we didn’t imagine this development.)

It is an America style for TV channels to have their own people talk about what the newsmakers say and do, even before they have finished speaking, interpreting and twisting before the event is over. Through that, the media personalities become almost as important as newsmakers and events. The right wing ‘Fox News’ in America is certainly good and quite extreme at this. It seems that their ideal is not to be neutral, objective and educational; it seems that opinions and hidden agendas rule. To some extent, such TV channels almost resemble social media with all their fake and tilted information, and many TV channels have today borrowed some of this way of operating.

In our time and in future, in Pakistan, I believe we would have done better with three or five TV channels. The same way as we have a limited numbers of English and Urdu dailies, we can live well with less than a hundred TV channels. In future, perhaps they can join hands, group and become strong in reporting and investigating news, and they may even be financially strong enough to play the role of the ‘forth estate’, independent, trusted and admired by all. Today, newspapers still have some of this role, but alas, fewer people, indeed few young people, read printed newspapers. And if they do, they look them up on the smart phone, but then is becomes quite scattered and scanty; many also read social media messages rather than the old-fashioned, mainstream and real media.

When Pirzada in his lecture was critical to the role of the Ministry of Information and Broadcasting and PTV, we can quickly agree that he had some points and that a new national media framework and policies are needed. That mainly means new regulations! However, it will not be easy to go from the free and liberal situation of today, yes, messy, fuzzy and unproductive, and ‘back’ to a world of more regulations. Yet, I believe it will have to come. I believe that the government needs to support a few main TV channels, even have ownership of them with the private sector. The channels must, however, be run independently in the style of public broadcasting, what we used to call the ‘BBC model’. Also, newspapers and print media need to be given a better environment and roles and regulations suitable to our time and the future. It is essential that the professional, mainstream media are the main sources of information, not the social media. But they can also inform the mainstream media about news and issues. The strength of real news media is that they have gatekeepers and professional journalists and editors. There is great potential for the future of the real, professional media – and it is time that all countries, including Pakistan, discuss and define the roles and functions of the media in a comprehensive and firm way. Technology has given us new tools, but we also have old experience; together the world will be better.