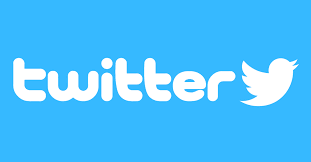 Popular social networking site, Twitter, was down in Pakistan, from a little after 10pm on Sunday. Despite this, #TwitterDown was the top trend in the country.

A screengrab of the information tweeted by NetBlocks.

In a later tweet, the organisation said: “Our study with the support of @DigitalRightsPK shows the disruption of Twitter and Periscope are still ongoing. Reason unclarified.

Meanwhile, Usama Khilji — director of Bolo Bhi, a Pakistan-based advocacy, policy, and research organisation focusing on digital rights and freedom of expression — urged the government to take notice of the disruption.

“@PTAofficialpk should confirm blocking of Twitter in Pakistan on Sunday May 17, 2020; and cabinet should take notice of this outage of Twitter services for Pakistani citizens,” he tweeted.

Speaking to Dawn, digital rights activist and lawyer, Nighat Dad, said: “Initial results from the testing carried out by the Digital Rights Foundation and Netblocks shows that Twitter and Periscope were blocked in Pakistan on several networks.”