A tribute to silent media figures of Pakistan 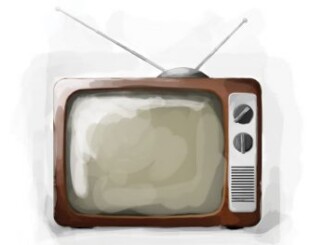 Pakistan’s silent yet pioneering media figures were paid glowing tributes by students, faculty and media at a seminar organised by PR and media students amid the guidance of Parvez Jamil, Faculty Adviser, Media Management Program, Institute of Business Management. Gracing the occasion was Shahida Kazi, quietly yet vitally, the first English language female reporter at DAWN, one-time News Editor at PTV, media faculty until at 70, urging students to read newspapers towards knowledge, information and professional growth and grooming. A harmonious blend of business journalism expertise at DAWN, leading the cause of human rights, especially for the media, busy almost-round-the-clock being the President of the Karachi Press Club, taking personal pains for simple human values was none other but the late Sabihuddin Ghausi, says Parvez Jamil in his introductory paper disseminated on this occasion.

Parvez Jamil shared his heart out for such less heard journalists’ instrumental national role, especially in Islamabad and in the Punjab, by being at the helm of their respective news desks, silently and positively contributing to the news credibility, public appeal and popularity as well as mass scale circulation and business as Khalid Akhtar of the then “The Muslim”, Tariq Warsi of |Nawa-i-Waqt”, Hasan Musanna of “The Nation”and Mufti Saheb of “Pakistan Observer”.

Remembering the late Syed Fasih Iqbal, Chief Editor, “Baluchistan Times” and “Zamana” Quetta, former President of APNS and CPNE and a former senator, reflect of a personality not by titles, but by touching humility and sheer simplicity, remarkable contribution to positive thinking, commitment and service to the case of journalism in Pakistan, especially in Balochistan.

To be remembered indeed are some from Lahore as the late Ayesha Haroon from “The Nation” for here reporting for many a social and humanitarian cause and and Nasim Ahmed, “Pakistan Times”.

The late Syed Manzar ul Hasan was introduced by Parvez Jamil as such a quiet model of piety and professionalism as the Editor of The Leader sharing how Sultan Ahmed and Nizam Siddiqi, who worked for The Leader amid Manzar Saheb’s warm hearted presence that the former contributed editorials to The leader even when he was overwhelmingly involved with DAWN and the latter continued to practically cherish The Leader even when he pioneered Jang’S reporting side.

Amid loud applause Zamir Ahmed, unheard what to talk of less-heard media asset was introduced by Parvez Jamil as one shy, silent and subdued media asset, working under pressure amid the fear of the unknown for a mere livelihood supporting a large family, a gem of a layout, designing and production prodigy of Weekly MAG, who may have rarely taken a day off during his three decades of service with the Jang Group and made MAG public fancy and best seller through such bewitching and bewildering designing, angling and placement of color transparencies.

Present on this occasion to share how challenges are quietly and positively taken was Sheher Bano, In-charge,Supplements, “The News”, publishing the one-time “Education zine” from “The News” wherein highlighting the brains of Pakistan with their simple little public appealing articles in social, natural, biological, medical, environmental, physical and pure sciences etc. for public information, for research and reference and as assets of Pakistan. Attributed indeed was the late Syed Mubarak Ali from “Pakistan and Gulf Economist” PAGE, literally thinking and working round-the-clock to procure ads for this weekly: planning and coordinating in-house and with the clients throughout the week to ensure a reasonable supplement and planning the same week for the next week for 52 times a year! Late Afaq Ahmad fought incapacitation and Chronic Obstructive Pulmonary Disease (COPD) with sheer will power to finally lose the battle for life as sub-editor “Business Recorder”.

Attributed were such pioneers of FM Radio as Akbar Shahbaz, with world class credentials in broadcasting, public-captivating voice and trendy shows, instrumental in being an architect of the popular Mast FM 103 only to be intrigued and reduced to a part-time RJ; Tajdar Adil, the celebrity maker PTV producer of such public sweeping shows as Neelam Ghar and Moin Akhtar show and producing such public pulsating patriotic songs as “hum zinda qaum hain” going into the oblivion.

Discover Matloob-ur Rauf and Basheer Zaidi Aseer, Controllers Current Affairs, PTV and PBC respectively, models in grace and dignity, symbols of current affairs acumen, experts in time and priorities management, icons in guiding, sharing and helping. Indeed there will be some others who need to be discovered and complimented upon.