Transgenders should be part of family, get inheritance: CII | Pakistan Press Foundation (PPF)

Transgenders should be part of family, get inheritance: CII

ISLAMABAD: The Council of Islamic Ideology (CII) has recommended that transgenders be made part of their families and given a share in inheritance. It also recommended the government ‘Khulaa’ be separated from ‘Tanseekh-e-Nikah’ (cancellation of marriage).

It recommended to the government to amend the Family Law of 1961 and the Dissolution of Marriage Act, 1939, envisaging an end to all means of dissolution of marriages which it considers are not allowed in Shariat.

Addressing a press conference after its two-day meeting, CII Chairman Maulana Muhammad Khan Shirani said the government should introduce a new Nikahnama in the light of the recommendations and changes in the two laws. “The council will also write a letter to the concerned ministry for this purpose,” he said. Shirani said as per the Shariat, the court could not issue a verdict in favour of wife in ‘Khulaa’ case without consent of her husband. However, the wife is allowed to file a case against her husband for dissolution of marriage.

The council meeting also decided that it was against Shariat if a woman lends her ovary to a male person (who is not her husband). As per the Shariat, the child of that woman would have no relation with the man.

He said the CII had also received a question about the status of eunuchs and decided that the research wing of the council should do some research in this matter. However, he said that eunuchs should be considered members of family and their sex could be decided on the basis of their behaviour in each case.

Giving opinion on a private members amendment bill to be introduced in the National Assembly about the election of women MNAs on reserved seats, it decided with majority vote that the existing procedure should continue. However, three members of the CII including Dr Samia Raheel Qazi, Allama Muhammad Tahir Mehmood Ashrafi and Allama Syed Iftikhar Hussain Naqvi differed with the decision and supported the bill.

Besides some other changes, the amendment bill had proposed that the women seats should be divided among parties on the basis of overall votes fetched by a party in elections instead of the number of general seats.

The CII meeting to be held on Thursday will discuss the syllabus of educational institutions at the primary level. The only female member of the CII, Dr Samia Raheel Qazi, was also present on the occasion. 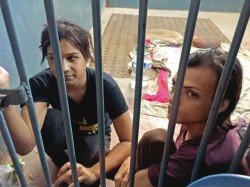