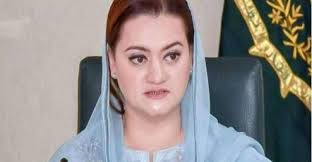 Marriyum will be busy delivering statements. She won’t have time for committee work,” Chief Justice Saqib Nisar commented while presiding over a three-judge bench hearing the media commission case. The information secretary will replace Marriyum on the committee

The commission will nominate a three-member based panel to select the chairman. The CJP also asked what has been done to amend Pemra laws. Justice Sheikh Azmat questioned if there was any clause regulating fake news.

This is a pressing issue. Malaysia has made publication of fake news an offence, the SC judge said. Rana said it was imperative to curb the proliferation of such information.