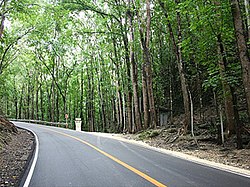 Mujahid Kaleem said wildlife game sanctuary Changa Manga had been banned from hunting for many years. No hunter was allowed to enter in game sanctuary. He said any hunter was not entitled to any discount.

Under supervision of Deputy Director Wildlife Lahore Region Abdul Shakoor Manj, Kaleem said, strict arrangements had been made to prevent hunting in Changa Manga jungle. He said during the last 50 years, there was a ban on hunting in the jungle. Kaleem said during the night, there was no restriction on the four sides of the forest. In response to a question, he said he was monitoring patrolling around the jungle with his staff to prevent hunting.

He said carelessness and negligence by any employee in any case will not be tolerated. There is no exception for anyone, he concluded.