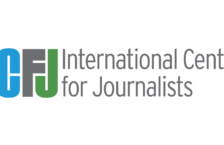 International Center for Journalists ICFJ on Wednesday published a paper, The Chilling: A global study of online violence against women journalists which urges states to take action to protect female journalists.

The paper was published with the support of the United Nations Educational, Scientific and Cultural Organization (UNESCO).

The paper addresses the increasing number of attacks on female journalists and women journalists being targeted by online and physical violence because of racism, homophobia, and other kinds of discrimination.

It further stated that women journalists also suffer from networked disinformation and emotional manipulation aimed to silence critical reporting and bury the truth.

Maria Ressa a Nobel Peace Prize Laureate journalist stated, “Data analysis proves that we are being prolifically attacked online because we are women, and because we are journalists who refuse to be intimidated into silence.”

The paper states that the increasing number of violence against women journalists is a serious threat to press freedom internationally.

This study also condemns the victim-blaming and slut-shaming that reinforces sexist and misogynistic online responses to offline violence against women, where patriarchal standards are vigorously reinforced.

It also called out political actors who use misogyny and anti-news media propaganda in their attacks and recognize them as the top offenders of online violence against women correspondents, with social media platforms – most notably Facebook, Instagram, Twitter, and YouTube – serving as the primary vectors.

The study also points out 107 recommendations for actions to stop these crimes against journalists.

It went on to say that to make sure women journalists operate safely online, Big Tech’s business models and algorithms, which have been found to fuel hatred and priorities revenue over human rights, must be overhauled.

It also urged that culprits of gender-based online crime be held accountable and serious offenders must be punished severely.