Social media: Govt to gag opponents in guise of ban on blasphemous contents? 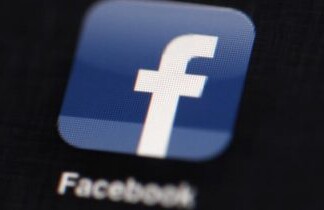 ISLAMABAD: The move to block social media in the country ostensibly to end access to blasphemous contents on the web pages is largely viewed as the ruling Pakistan Muslim League-Nawaz (PML-N) tactic to impose curbs on its critics who actively use Facebook and twitter.

Pakistan Tehreek-e-Insaf (PTI) chairman Imran Khan was the first who reacted sharply, terming it “madness” if any decision is taken to block social media in the country.

“Social media is a revolution in the 21st century, banning it is tantamount to pushing our people into darkness,” said Imran Khan, adding that idea of blocking social media is just madness and should not come under consideration. Khan expressed these views talking to the media after Interior Minister’s press conference on March 16 when the latter said that the government would go to any extent including permanently blocking social media if the blasphemous contents were not removed from some social media pages.

A few members of the federal cabinet are on twitter. Notably, Prime Minister Nawaz Sharif and the Minister of Interior are not on twitter although Prime Minister’s daughter Maryam Nawaz regularly tweets.

Political analysts noted that the senior leadership of the ruling PML-N was not on twitter and did not really understand its capacity to immensely expand the political reach of any party. They said Pakistan Tehreek-e-Insaf is perhaps the most social media savvy party in the country and perhaps the PML-N leadership is now beginning to understand its importance and the move to possibly ban it maybe more politically than religiously motivated.

Talking to Business Recorder, leaders of various political parties and social media activists, said that there are no two opinions about the need to block blasphemous contents which hurt the religious sentiments of the people; but they apprehended that the expected ban may be used for political reasons and to gag PML-N critics ahead of two important decisions: Panama papers case and Dawn leaks inquiry. They accused the PML-N government of being intolerant towards criticism and exploring ways to curb social media activism under the garb of an anti-blasphemy drive.

“The basic problem is, the Interior Minister is playing politics by using the religious card to block the social media. It’s a serious issue and he [Nisar] is actually playing with fire, which will have serious consequences,” said Fawad Chaudhry, PTI spokesperson.

Almost all major political parties have constituted their social media teams generating different trends on the web pages especially on Twitter, with PTI boasting a strong team of around 300 volunteers.

Senator Taj Haider, a senior PPP leader, said that the government should not think it can fool the people. He said it is not possible to block social media in such an era of technological revolution”.

“Any such move will be disastrous and invite severe criticism from across the world”, the veteran politician said, adding the government instead of blocking the entire social media should adopt an effective mechanism to filter the blasphemous contents.

Social media has taken an important role in the country’s politics and leaders of political parties including PTI chairman Imran Khan, PPP’s chairman Bilawal Bhutto Zardari, Jamaat-e-Islami chief Siraj-ul-Haq, Punjab chief minister Shahbaz Sharif, Khyber Pakhtunkhwa chief minister Pervez Khattak and others are actively tweeting their opinions on the country’s politics as well as their own performance in government.

Nighat Dad, a leading social media activist, pointed out that social media is no more a tool for entertainment but has become an important platform for sharing ideas on different issues such as politics, social issues as well as a source of income for many people.

“Access to information is a fundamental right of the people and it cannot be bereft on any pretext. There are other ways to stop blasphemous contents instead of blocking the whole social media,” she said.

Dad, who played an important role in bringing amendments to the Cyber Crime Law, said that the world has already witnessed a great advancement and it is not possible to block access of the people to social media in this age of digital awareness.

Social media experts are of the view that a complete ban on the web pages is next to impossible as there are a number of ways such as using different internet proxies to access the social media pages. They said that despite banning Youtube from September 17, 2012 to January 12, 2016 in the country, the users were able to access to the video-sharing website by using various proxies.