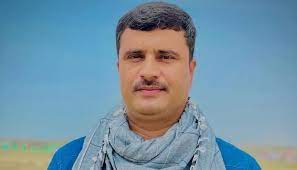 KARACHI: Slain Balochistan journalist Shahid Zehri has survived two deadly attacks in the past before the Sunday’s bomb attack in which he lost his life, sources in the Balochistan Police claimed.

They told The News that murdered journalist Shahid Zehri, resident of the Allahabad area of Hub, Balochistan, was associated with a private TV channel, narrowly escaped in two previous attacks in 2014 and 2020.

The attack of year 2020 was of the same type of bomb attempt as of Sunday, which was foiled by the law enforcement agencies by arresting miscreants, engaged in fixing explosive material to the car of journalist Zehri, added the same sources.

Police sources claimed that the banned organisation Baloch Liberation Army (BLA) through the social media has claimed the responsibility of the attack, accusing the reporter of spying. Zehri also has a personal rivalry with a notable of his tribe and the local police and law enforcement agencies are investigating all the aspects of his murder. The Pakistan Federal Union of Journalists (PFUJ) has strongly condemned the target killing of Shahid Zehri. In a statement, PFUJ President Shahzada Zulfiqar and Secretary General Nasir Zaidi demanded transparent investigation of the incident and immediate arrest of culprits.