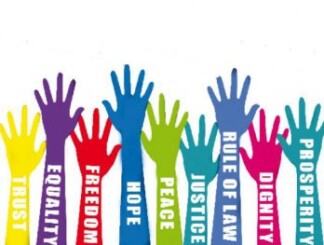 LARKANA: Speakers at a training workshop said police were not fully conversant with the laws dealing with fundamental human rights violations such as domestic violence, child abuse, tribal conflicts, violation of minorities’ rights and therefore these laws were not enforced in letter and spirit.

They were speaking at the two-day workshop to train police officials in human rights and related laws and to sensitise them to minorities’ issues. It concluded at the district nazim complex in Kandhkot on Sunday.

SSP Korejo said that Sindh witnessed domestic violence, child abuse, tribal conflicts and violation of minorities’ rights but its police stations were not fully conversant with the laws dealing with these offences, hence police failed to implement the laws.

He said the Sindh Child Protection Authority Act, 2011, recognised as a child one below 18 years of age and made it binding on police to protect children and work in collaboration with child protection units through social welfare department.

He said the recently enacted Child Marriage Restraint Act, 2013, could be an effective tool to curb the social menace as now child marriage had become a cognizable offense and free will for one under 18 years did not hold ground. Efforts should be made to determine age at investigation level and witnesses’ statements should be recorded in a non-coercive manner, he said.

Mr Korejo said that police should also adhere to the Sindh Domestic Violence (Prevention and Protection) Act, 2013, to keep an eye on violence (physical, mental, physiological) against children, women and other vulnerable groups.

He said that in the past women and girls were wrongly implicated under Sections 365-B, 366-B, 371-A&B of the Pakistan Penal Code and in some cases 10-Zina Hudood Ordinance etc, and urged police officials to investigate cases adequately instead of putting down everything in the FIR.

Iqbal Detho said that police were bound to safeguard fundamental human rights as enshrined in the Constitution. The rights related to police work protected individuals against abuses of legal system such as arbitrary arrest, detention or imprisonment, extrajudicial killings or custodial killings, he said.

The liberty rights protected freedoms in areas such as belief, expression, association, assembly, movement and equality rights that guaranteed equal citizenship, equality before law and non-discrimination, he said.

He stressed that special laws for vulnerable segments of society such as minorities, women and children needed to be disseminated and applied at police stations, particularly by the WHCs who wrote FIRs and invoked sections of laws.

Mr Detho said that in line with the June 2014 Supreme Court verdict about minority rights, police were bound to protect places of worship and provide security to religious festivals.

He pointed out that due to lack of prisons for children, they were kept with older prisoners and exposed to sexual assault.

Afzal Shaikh of the CSSP informed the participants about objectives of the workshop and said it aimed at enhancing capacity of police officials in human rights and make them aware of different special laws for children and women.