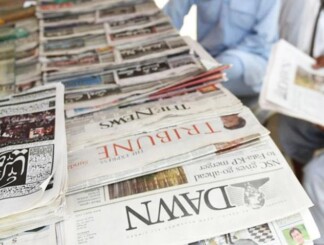 KARACHI: In order to clear the dues of different newspapers, the finance department of the Sindh government has allowed further payment against 66 bills amounting to Rs43,410,772, according to a press release.

The statement said the finance department had given permission through a written letter to the Sindh Accountant General, dated June 18, 2020.

The accountant will pay the said amount against the stated bills, which was initially denied by the AG Sindh on account of a 15-minute delay in the submission of the same by the provincial information department, it added.

Information Secretary Muhammad Aslam Ghauri has assigned the task to Information Advertisement director Zulfiqar Ali Shah to finalise the process by submitting the bills so that timely payment may be made by the AG Sindh office to the newspapers, the press release said.