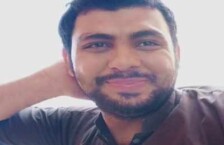 Sindh Chief Minister Murad Ali Shah ordered the provincial inspector general of police to form a joint investigation team to investigate the murder of Ajay Lalwani, reporter for Royal News TV who was murdered in the Sukkur city of the Sindh province on March 18.

A group of armed men opened fire on the journalist while he was at a barber shop and fled the scene.  Lalwani was injured and taken to the Civil Hospital in Sukkur where he died while under treatment.

Head of the investigation team Station House Officer Zulfiqar Chanchar told Pakistan Press Foundation (PPF) that Raza Shah, the master mind behind the murder had given Rs 200,000 to accused Jamil Shah, Akbar Mangrio and Mirani for Lalwani’s murder.  A pistol used in the murder was also recovered from the Raza Shah.  All four accused have been arrested and the case remains under investigation.

President of Sukkur Press Club Mr. Nasrullah told PPF that according to Lalwani’s family he neither had personal conflicts nor had he covered any controversial news. “We found some controversial posts on Ajay’s social media” Nasrullah added.

Speaking to PPF, Saleh Pat Police Station House Officer Ashiq Meerani said that they had registered a First Information Report (FIR) against three unknown assailants and had started investigating the murder.  The police said an investigation was underway to trace the killers and to uncover their motives.

President PFUJ Shehzada Zulfiqar told PPF that the PFUJ strongly condemn the murder and added that they were not sure whether the murder was related to journalism and they were currently in the investigation phase.