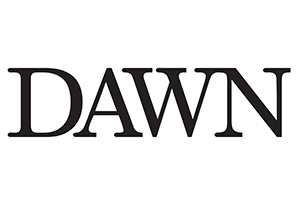 LARKANA: Speakers at the launching ceremony of a Sindhi short-story book Duniya khan agtey (Beyond the world) showered praise on the author Moham­mad Ali Pathan and termed him a versatile writer who was also a poet and portrayed true picture of society with the poor struggling for bare survival.

Dr Bashir Ahmed Shaad, author of many books, who presided over the ceremony held at Arts Council Larkana on Sunday evening, said that Pathan’s short stories could be categorised as a good example of flash fiction.

He said the trend of flash fiction had increased in the world and Sindhi fiction writers were also trying to keep abreast of it. Pathan’s stories could also be counted as such an attempt and his stories portrayed true picture of the ailing society where the poor had to face innumerable agonising issues to ensure bare survival, he said, adding that the author had a multifaceted personality.

Prof Mukhtiar Samo, writer and founder of Knowledge Centre Larkana, said that Pathan was a prolific writer with 14 books on stories, poetry, TV and stage plays published and about 27 unpublished works waiting to be printed in future.

It seemed as if Pathan had undertaken the task of writing books as a mission of his life and he aimed to achieve his target of liberating people from the clutches of social discrimination, poverty, ignorance and other similar problems through his writings.

He said that his short stories in the book under review did not only entertain the readers but they also exposed negative forces present in society which did not spare time to usurp legitimate rights of the downtrodden.

He said that the author always based themes of his stories on tragedies which unfolded daily in his surroundings and he simply recorded them using his art of writing. That was why his stories had a ring of truth and originality about them and they left their mark on readers’ minds.

Ahmed Sultan Khoso, writer and additional commissioner of Lark­ana, said that Pathan was undoubtedly a champion of all genres of Sindhi literature. He could write stories and compose poetry with equal ease and wrote mainly to awaken people to their basic rights.

The author said that one had to come out of one’s shell of ego which kept him or her from reaching out to others and understanding them. Cruelty, corruption and crime could be eliminated through literature, art and culture.

He said the government should work to establish arts councils and other literary institutions in every district of the country. “In recent past my health had not been stable and I wished that my remaining unpublished books were also published during my lifetime,” he said.

Prof Sikandar Abbasi said that Pathan’s stories and poetry compelled readers to ponder over issues which he had highlighted in his literary creations.

Prof Murtaza Kalhoro, president of Larkana Press Club, said that Pathan’s pen had covered almost all subjects as he never stopped writing. His works had become part of history.

Abdul Fatah Supriyo said that Pathan must not regret that he could not get a PhD degree as he had produced literary work to such a size that many researchers in future could work on it and get MPhil and PhD degrees as well.

Mumtaz Lohar said that Pathan had earned an important place among his contemporaries.