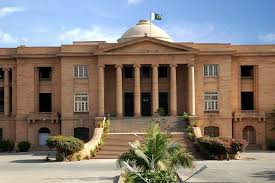 KARACHI: The Sindh High Court has ordered the provincial government to make a payment of Rs 4.6 million to newspapers against advertisement dues within 20 days.

A two-judge bench, headed by Justice Muhammad Ali Mazhar, gave the directive on a petition filed by the Council of Pakistan Newspapers Editors (CPNE),

The CPNE named the Sindh government as respondents through the chief secretary and the information secretary. At the outset of the hearing, the judges observed that the court’s previous order had been partially implemented.

However, the CPNE’s counsel, Rafiq Ahmed Kalwar, informed the bench that Rs50 million on account of arrears was still outstanding as of June this year.

But the Sindh information department submitted that only Rs4.6 million was outstanding till December last year. About the dues from January to June, the Sindh government argued that it was not relevant to the petition.

The Sindh information department sought one month’s time to clear arrears of Rs4.6 million outstanding till December last year within a month.

“Much time has already lapsed. Therefore, as a last chance, 20 days’ time is granted for making payment of Rs4.6 million to the claimants and submit a progress report,” the bench ordered the provincial government. The bench cautioned that “in case of failure, we will issue notice to the alleged contemnors to appear in person”.

Further hearing was adjourned to Jan 21.

In May, the CPNE had submitted before the SHC that it was “aggrieved by the non-feasance and inaction of the respondents” with regard to advertisement bills.

“This has caused an economic crunch and turmoil in the newspaper industry, resulting in its collapse and violation of fundamental rights of newspaper employees.”

The council said the provincial government had been benefiting from the facility of newspaper advertisements, but it had failed to pay outstanding dues for the financial years 2005-06, 2012-13, 2013-14, 2014-15, 2015-16, 2016-17 and 2017-18. “Advertisement dues and liabilities lying outstanding against the provincial authorities are running into billions of rupees.”