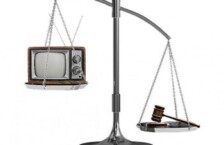 ISLAMABAD: A parliamentary committee on Monday asked the government to implement a code of conduct for the media before the July 15 and submit a compliance report at the next meeting of the Senate Standing Committee on Information and Broadcasting.

Senator Kamil Ali Agha chaired Monday’s meeting while Additional Secretary Information Chaudhry Azam told the committee that the code would be implemented after consultation with the Pakistan Broadcasting Association (PBA).

However, the chairman pointed out that no PBA representative had attended the last meeting, where former secretary information Dr. Nazir Saeed assured the committee that the code would be implemented.

Acting Chairman Pakistan Electronic Media Regularity Authority (PEMRA) Pervez Rathore said PEMRA issued notices and fined all channels running foreign content without approval. He said the authority will register FIRs against those continuing to air such content even after receiving a warning.

Earlier, Special Assistant to Prime Minister on National Affairs Irfan Siddiqui told The Express Tribune that the committee had agreed on a mechanism to take action against channels violating rules on foreign content. A forum for implementation and complaints is likely to be headed by a retired judge of the Supreme Court.

Minister for Information Pervaiz Rashid added that media houses should form their own accountability mechanism, based on the ombudsman system.

Discussing a code of conduct for TV channels, Rashid said the government has been trying to create consensus on the matter and there is a need to strengthen PEMRA for such an implementation to succeed.

He pointed out that fines were imposed by PEMRA on 23 TV channels, but only one, the Geo Group, paid the fine while others contested the decision in court, receiving stay orders against PEMRA’s decision.

Cable operators have no right to create hurdles in the smooth transmission of the signals of all satellite channels, Rashid said, and PEMRA may be asked to cancel their licences and take legal action against them if they continue to do so.

On May 9, Prime Minister Nawaz Sharif constituted a committee, headed by Special Assistant to Prime Minister on National Affairs Irfan Siddiqui, and assigned it the task of reviewing the existing code of conduct for print and electronic media.