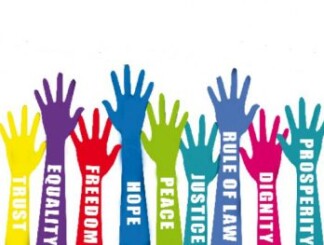 ISLAMABAD: The sub committee of the Senate Committee on Human Rights has recommended immediately restoring the ministry of Human Rights as a full-fledged independent ministry.

The sub-committee of Senate Committee on Human Rights was held with Senator Mushahid Hussain in chair on Tuesday and constituted Journalist Defence Fund to help journalist victims of violence, and terrorism, creating a Ministry of Disaster Management given the high number of IDPs due to natural and man-made disasters, and to declare the subject of Human Rights as compulsory in all the training centers of Law Enforcement Agencies including police, armed forces, intelligence and civil administration. Such awareness should help in lessening human rights violations, as this is the primary responsibility of the State and its institutions.

The sub-committee has been tasked to summarize the Human Rights Commission of Pakistan’s report 2012-13. It will finalize its recommendations and report within one month, by the first week of August. Former Secretary Human Rights Shaigan Shah and human rights activist Naseem Azhar agreed with the proposals of the sub-committee.

Senator Mushahid Hussain Sayed proposed that the establishment of “Journalist Defence Fund” is need of the hour to provide security to the working journalists. Life, Health & Accident Insurance policies be initiated for the Journalists, Senator Mushahid added.

He further said that creation of a separate Ministry of Disaster Management would provide security and relief to the people displaced due to some reasons, since theis incidence was increasing whether displaced from Lyari, Dera Bugti, Waziristan, the Hazara community and floods and natural disasters.

The sub-committee also called for strict ban on the sale of spurious drugs, which were life-threatening, and Drug Regulatory Authority must be strengthened, Mushahid observed.

The committee also proposed for creation of a post of Director General Human Rights in the Ministry of Foreign Affairs for better coordination as human rights issue was pivotal for Pakistan’s foreign policy, international image and interests of the people who suffered from abuses and violations of their rights.

“Human rights must be given the priority they deserve,” he added.