Second Karachi Biennale to be held in October 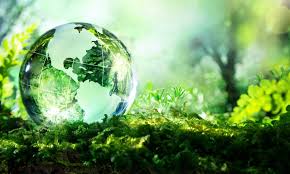 KARACHI: The second Karachi Biennale (KB19) will take place in October having ‘ecology’ as its theme. This was announced by managing trustee of the Karachi Biennale Trust and CEO of KB19 Niilofur Farrukh at a press meet at the late architect Habib Fida Ali’s residence on Saturday evening.

Ms Farrukh said what better place to launch KB19 than Fida Ali’s home. He was a dear KB trustee and an influential figure by being a collector of art. The place is also great because the KB19 thematic is ecology. “This beautifully preserved corner of Karachi reminds us how life can be without environmental hazards.” The biennale is particularly focusing on coastal ecology, which is why the event has been declared ‘green’ biennale.

She said when Karachi Biennale was launched in 2016, the city was divided, so the organisers wanted to bring people closer by instrumentalilsing art. They also realised that they had to go beyond holding exhibitions.

The event is particularly focusing on coastal ecology, which is why it has been declared ‘green’ biennale

The curator for KB19, Muhammad Zeeshan, said when he was entrusted with the task of curating the event, he gave it a long thought. He started looking at Karachi, and met people such as architects, social workers, gardeners etc just to know how the city is working and how the people who live here think. It dawned on him that he should make the biennale for those people. “Why not take art closer to or around them?” But that should be done in a way that it doesn’t feel strange to them. The exhibitions, installations and performances pieces will be arranged at venues such as Frere Hall and Bagh Ibn Qasim.

Bushra Hussain informed journalists, art practitioners and lovers about the five awards that will be given away at the biennale. They are: award for the artist with the best entry; a lifetime achievement award for an artist, art critic, art historian or art educator with an outstanding career spanning four decades; public choice art prize; award for an emerging artist under the age of 30; and a performance art award.

Zohra Hussain went down memory lane to share her views with the audience about the time when she first set up her Chawkandi Art Gallery. In those days there used to be only one similar space in the city, Indus Gallery, run by artist and teacher Ali Imam who, she pointed out, deserves credit for creating an atmosphere conducive to art sales and establishing a nucleus of art collectors and buyers which is essentially for the survival of art. She also narrated interesting stories involving great artists Shahid Sajjad and Zahoorul Akhlaq, and paid tribute to Habib Fida Ali.

A performance piece by a German artist was also on the programme list.

The News: Artists from within and outside Pakistan to interpret KB19 theme-Ecology