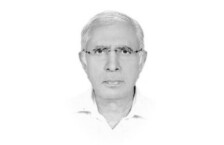 “… when Taliban gunmen killed nine people at the Serena Hotel, among them a member of the Kabul press corps, Sardar Ahmad, along with his wife and two of their young children… (the) attack shocked journalists here and they issued a collective statement saying they would boycott coverage of all Taliban statements and news releases for 15 days. In that light, the elections, which Taliban had vowed to disrupt, represented a direct repudiation of militants’ goals and methods –– as did the way the news media decided to cover it.” (Excerpt from “Afghan press pulled its punches” by Azam Ahmed and Habib Zahori — dated April 12-13, 2014, International New York Times).

In the last six months or so, the Express Group offices in Karachi were attacked twice, three of the group’s staffers were killed in the same city (owned by Taliban), our anchor person Raza Rumi had a close shave in Lahore but his driver was not so lucky, our bureau chief in Peshawar escaped two attempts at his home. And what was the response of the media industry at large? Couldn’t care less!
Compared to the Pakistani media, its Afghan counterpart is just a toddler in age and experience. But look at the way the Afghan media has reacted collectively to an attack on one of its members and his family by the Taliban. This is not the way we do it in Pakistan. We don’t even name the attack victims, let alone identify the organisation to which they belong to.

We have fought four military regimes and as many civilian dictatorships. Our struggle for press freedom is legendary. The media is perhaps the only section of our society which has kept aloft the democratic flag during the darkest of the dictatorial days. We take pride in being one of the most vibrant media in this part of the world.

The price for being so lively has been very heavy, especially since the commencement of the War on Terror. Pakistan, today, is ranked as one of the most dangerous countries for journalists in the world. As many as 50 journalists have lost their lives in the last seven to eight years while reporting from various parts of the country, which has now become a virtual war zone.

The perpetrators have been both, the state and non-state actors. Both try to manipulate the media to promote their respective propaganda. Those that refuse to toe their line are harassed by both and those that prefer factual reporting, rather than what the perpetrators want them to report, are most often than not silenced forever, leaving no clue as to who pulled the gun.

Jihadi outfits that now dot the length and breadth of the country did not just appear on the scene one fine morning out of the blue. They were all mid-wifed by you-know-who for a strategic purpose. And the same agencies also manipulated a large chunk of the media to serve as the mouthpiece of these militant organisations. And every one of these three actors — the state, the non-state actors, as well as the jihadi media –– thrived until the very state of Pakistan appeared to be on the verge of being overwhelmed by these non-state actors and their propagandists.

And when the falling out began, a kind of anarchy set in with the state actors trying desperately to control the damage, the non-state actors trying equally desperately to establish their supremacy at gunpoint and the jihadi propagandists within the media industry trying to set the national agenda as they saw fit through their own marketing prisms.

The attack on one of Geo’s leading anchor persons is one of the manifestations of this anarchy. While condemning the murderous attack and praying for his quick recovery, let us not ignore the vertical and horizontal polarisation in the media that has been caused by Hamid Mir’s tragedy.