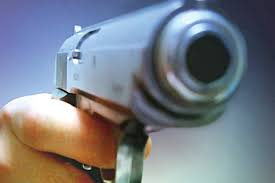 KARACHI: Robbers looted Express News reporter Nasir Butt at gunpoint near the Karachi City Court on Monday. According to Butt, the robbers snatched his mobile phone and his wallet, which contained cash, his CNIC and other documents. Due to the arrest of Pakistan Muslim League-Nawaz’s Capt (retd) Safdar on the day, there was a large contingent of police deployed at the court. However, Butt stated, the robbers easily looted him and fled despite police presence. A case has been registered and further investigation is underway.