Karachi: Concerned over the dying newspaper-reading culture, political and civil society activists, journalists and elected representatives in Malir launched a ‘read newspapers, become aware’ campaign aimed at promoting the reading habit and raising awareness among the dwellers of rural areas.

Prominent historian Gul Hassan Kalmati inaugurated the campaign at a camp in the Gadap city on Sunday, featuring copies of all newspapers of all languages.

An awareness walk was organised, in which a number of residents, students, and social and political activists participated.

“It is a good initiative to launch the campaign, which will not only make the residents of rural areas aware about their rights but also help in resolving the civic issues of the areas,” Kalmati said.

Sami Memon, a journalist who is one of the founders of the campaign, said the key objective of the initiative was to revive the people’s interest in engaging themselves in positive and decision-making discussions.

“We will also pressure the government to establish public libraries so that residents could easily read newspapers and books there,” he said.

The campaign was launched jointly by a number of organisations, including the Social Development Organisation, the Awami Press Club Malir and Tanzeem Ittehad Jhokio. 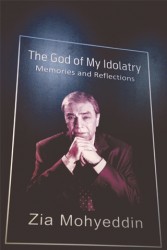