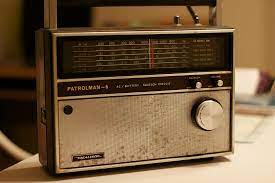 ISLAMABAD: Officials of the information ministry on Wednesday informed a parliamentary committee that the project to convert radio from analog to digital technology would cost approximately Rs3.5 billion.

The Senate Standing Committee on Information and Broadcasting, which met here with Senator Faisal Javed in the chair, was briefed by the officials about the ‘Digital Radio Migration’ project.

The ministry said the project would help in making radio greener, clearer and bigger and it would also prove fruitful in increasing the revenue of the radio.

The committee also discussed the issue raised by ARY News regarding blockage of transmission.

Pakistan Electronic Media Regulatory Authority (Pemra) Chairman Mohammad Saleem Baig informed the members that the authority had not given order to block any news channel’s transmission.

Mr Baig asked the ARY channel’s spokesperson to provide details about areas where transmission had been blocked as well as names of cable operators.

He said the authority would take legal action against those responsible for blocking the channel’s transmission.

The committee chairman, Senator Faisal Javed, inquired from the ministry about the steps taken to curb the menace of fake news.

He was of the opinion that there was no need to make new laws but to strengthen the existing ones and regulatory authorities.

The committee also discussed the authenticity of the list circulating on social media about the entourage of Prime Minister Shehbaz Sharif’s visit to Saudi Arabia.

The officials of Internal Publicity (IP) Wing briefed the committee members about the structure, programming and working of IP wing.

The IP wing was part of the Ministry of Information and Broadcasting and its major functions were to formulate, update policies, laws, rules and regulatory framework concerning print, electronic and digital media, the IP wing’s officials told the participants.

Senator Aon Abbas Buppi asked the officials to provide details of people who had so far received financial assistance from the wing.