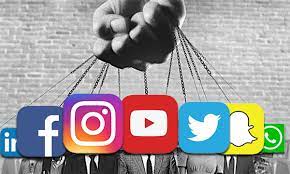 ISLAMABAD: Social media platforms have emerged as the new battleground for the new government and the former PTI-led administration, as the social media team of former Prime Minister Imran Khan has archived the official Twitter account of the Prime Minister’s Office.

The bureaucracy and political leadership of the new government are rushing to gain control of the official digital assets, which are being used full-throttle in this era of technology against opponents as well as to propagate agenda of those in power, while a new Twitter account has been created for the incumbent prime minister after the previous one was archived.

Soon after taking charge, the new administration has ordered suspension of all activities of the government’s Digital Media Wing (DMW), including its website, and its employees have been directed not to come to work anymore.

As soon as Shehbaz Sharif took over, the official Twitter account of the Prime Minister’s Office, @PakPMO, was archived, and the PML-N social media team created a new account for Mr Sharif, @PMO_Pk.

Created in 2018, @PakPMO was the first official social media account of any prime minister of Pakistan.

While it was a useful and modern means of direct communication between the government and the public, archiving a verified account was a political decision of the PTI leadership. This is contrary to the practice adopted by various institutions where the verified accounts continue to operate as usual, regardless of who’s in office. Case in point is the official Twitter account of the head of the military’s media wing, @OfficialDGISPR, created in December 2016. It has remained the same for the three officials who have held the office since its creation. Even the account of Islamabad’s deputy commissioner, @dcislamabad, created in June 2010 has remained the same.

The officials who archived the account defended their decision, claiming it was an international practice.

“This is done even in the US. And the official account is archived, not deleted, to protect the data on it, as there are chances the new handlers of the account may delete its history,” said Imran Ghazali, former general manager of the DMW.

‘Employees of the state’

The DMW was set up in 2018 to work as a strategic unit of the government to effectively counter fake/libelous news and highlight the development agenda of the then government. It was responsible for curating the digital content for official social media assets of the government on Facebook, YouTube, Twitter and Instagram.

The DMW was a reincarnation of the Social Media Wing of the Press Information Department (PID), but all the employees of DMW belonged to the private sector.

While the GM and another senior official of the DMW have resigned, and another post remains vacant, the contracts of the remaining 20 employees of the wing were valid up to August.

“We are employees of the state. We helped manage over 250 accounts of the Foreign Ministry, including Pakistani missions abroad, on all social media platforms. The digital assets of the government increased five-fold due to the DMW,” Altaf Khan, the wing’s director of communications, told Dawn.

“We are professionals with qualified backgrounds and not political workers,” he said, adding they were waiting to return to the job they were recruited for.

Despite the change in government, Mr Khan said his contract would last another year and he wanted to continue. “We have been at the forefront of narrative building on national security and foreign diplomacy issues such as Kashmir and the US’s withdrawal from Afghanistan. We want to make sure our good work is not rolled back,” he remarked.

What’s next for DMW?

Experts have decried the ‘clipping’ of the digital wing and called for its early reopening.

“Fact is that almost all the parties in the current set-up are digitally illiterate and the DMW is an entity of the state. It should continue to operate like any other functionary,” Asad Baig, executive director of the Media Matters for Democracy, said. He added that the DMW should be a private sector-dominated entity, as bureaucrats could not keep up with the fast-paced nature of digital media.

The PID’s Social Media Wing was completely operated by government officials and officers of the Information Ministry, but the digital-savvy PTI abolished it and established the DMW, hiring all of the staff on contract from the private sector. Dr Arsalan Khalid, former prime minister’s focal person on digital media, maintained liaison between the DMW and the government, including the PM.

But the hurdle in re-launching the DMW was a stiff tug-of-war between the PID, Information Ministry, and the political heads in government on gaining control over the wing, with Maryam Nawaz, who also heads the social media wing of the PML-N, being singled out.

The PID has suggested the DMW be transferred to it as it was also managing its predecessor wing prior to 2018, while the head of the department, Sohail Khan, has already shifted his office to the Pak-China Centre, where the office of the DMW was located.

On the other hand, a senior official of the Information Ministry said the DMW has to be upgraded to a department of the ministry, headed by a senior officer

Incidentally, officials also argue that if the DMW was left as an autonomous body, as it was in the PTI era, it could be dominated by political pressure. To counter this, experts have weighed in.

“The previous DMW was heavily political. I think it should be under the bureaucracy,” Nighat Dad, executive director of Digital Rights Foundation, said.

Regarding, the influence of Maryam Nawaz over DMW after it reopens, PML-N spokesperson Marriyum Aurangzeb said the wing would be functional very soon, and it won’t be used for political point-scoring.

“We are not like the PTI. It is a state-run entity. And as far as Maryam Nawaz is concerned, she is head of the social media wing of the party and is not involved in any state institution,” Ms Aurangzeb added.