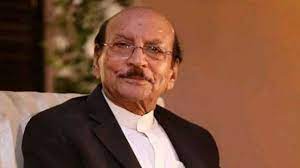 On the special directives of the PPP Chairman Bilawal Bhutto Zardari, Sindh government had sanctioned a financial grant of Rs 5 million to Khairpur Press Club. Qaim Ali Shah on Sunday, behalf of PPP Chairman handed over the cheque to President Khairpur Press Club Khan Muhammad Manganhar. Addressing the journalists, former provincial chief said the journalist from Karachi to Kashmor sacrificing their lives in the line of duty. He said contribution of the journalists for restoration of the democracy would never be forgotten.