Punjab teachers told to stay away from social media drive 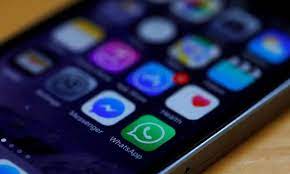 LAHORE: Continuing with its earlier policy to disallow government employees from using social media, the Punjab government barred school teachers from using social networking platforms and directed them to stay away from the ongoing smear campaign against state institutions and siding with any political party.

The Punjab School Edu­ca­tion Directorate of Public Instruction (DPI) has issued directions to all divisional directors (elementary education) and all chief executive officers of District Edu­ca­tion Authorities regarding the use of social media by government servants.

In case of any violation, the Punjab School Education Department will take strict action against the responsible teachers.

The DPI issued a letter on April 13, which is also available with Dawn, stating that all education authorities should keep an eye on their employees. Departmental action will be initiated against the employees who violate the orders.

Earlier, the Punjab government had issued a notification in October 2021 for banning all its employees from using social and conventional media, saying it was against the rules of service. It further stated that under the rules, no government servant could participate on any media platform except with the express permission of the government. Rule 18 of the service rules bars a government servant from sharing official information or documents with a government servant unauthorized to receive it or a private person or the press.

The notification further stated that Rule 22 of the same rules refrained a government servant from making any statement of fact or opinion, which is capable of embarrassing the government in any document published or in any communication made to the press or in any public utterance or television programme or radio broadcast delivered by him or her.

Furthermore, rules 21, 25, 25-A and 25-B bar a government servant from expressing views against the ideology and integrity of Pakistan or any government policy or decision.

Besides, the rules also bar government servants from offering views on any media platform, which may either harm national security or friendly relations with foreign states; or offend public order, decency or morality; or amount to contempt of court or defamation or incitement to an offence; or, propagate sectarian creeds.

The notification further states that it has been observed that government servants often engaged on social media websites and applications, including Facebook, Twitter, WhatsApp, Instagram, etc, to air their views on a host of subjects, sometimes indulging in actions or behaviours that did not conform to the required standards of official conduct, as envisaged in the rules.

Meanwhile, Lahore District Education Authority Chief Executive Officer Pervaiz Akhtar told Dawn on Saturday that instructions were given to teachers that they could not use any social media platform for any purpose other than educational and academic.

He said there was an ongoing campaign against state institutions, and government employees should not be involved in propaganda against the state. He further said teachers represented the state, hence could not express their political views publically on social media platforms.

“I personally support a ban on using social media other than for educational purposes,” he maintained.

Mr Akhtar further said the teachers could also not express their political affiliation on social media. “They should keep it personal and remain impartial on public platforms,” he explained.

Furthermore, Punjab Teachers Union leader Rana Liaquat told Dawn that teachers were stopped from supporting or criticising any political party on social media and the union supported the decision.

He admitted that the service rules bound government employees from expressing their political affiliation publicly and on social media platforms, but they retained the right to vote for whoever they wanted. “Political activists are criticising state institutions and instructions have been given that teachers should not become part of the propaganda,” he said.

He also said that the order did not stop them from talking about their problems and expressing views about education. “It is specifically about not engaging in any political debate on social media whether supporting or criticising any political party and the state institutions,” he added.

However, educationist Dr Pervaiz Hoodbhoy condemned the ban on teachers from using social media, saying the government would have to make it a police state to implement these orders.

He said it would be impossible to check the social media accounts of millions of people and take action against them. “Only a fascist state could use its power to stop the use of social media platforms,” he remarked. He further said teachers should protest against the decision and no one should be stopped from using social media.