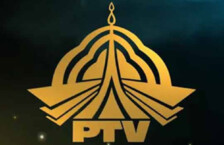 ISLAMABAD: Pakistan Television (PTV) News will launch nine new shows today (Monday) in the first phase of what it is calling a comprehensive content revamp plan.

A statement issued by PTV said this plan includes the introduction of new anchors, newscasters, sets and screen graphics on PTV News.

“The new content strategy has been devised in light of the vision of the Prime Minister Imran Khan and the directions of the PTV Board of Directors that will bring in a paradigm shift to the entire content and look of the state broadcaster. The launch is the first phase of a complete turnaround of PTV News that will have its program spectrum considerably expanded in light of the new content strategy,” the statement said.

It added that PTV will soon offer an array of youth-focused infotainment programmes as well.

PTV News will offer programming with an emphasis on intellectual debate and in-depth perspectives on news and current affairs, the statement said.

Under a special arrangement with German media network Deutsche Welle (DW), PTV News will begin a series of Urdu-dubbed documentaries called DW Ki Dunya which will cover issues such as climate change, technology, health, tourism, art and culture and sport.