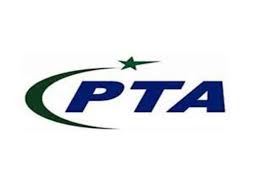 This was revealed before the Senate Standing Committee on Information and Technology, which met with Rubina Khalid in the chair, here on Monday.

The committee was further informed that TikTok would invest half a million dollars for training of content producers for producing good content.

The issues taken up pertained to imposition of ban on social media applications in Pakistan, and follow up current status of the child abuse for filming and uploading videos on dark-web with reference to the case reported in Rawat, Rawalpindi; as directed by the Committee in its meeting held on 25 November, 2019.

The meeting commenced with discussion on the Point of Public Importance raised by Senator Mian Muhammad Ateeq Shaikh regarding problems being faced by IT professionals and Investors due to the non-serious attitude of the government.

The mover, Senator Mian Muhammad Ateeq Shaikh, stressed the need for a detailed response in writing adding that without that any further discussion on the subject would be futile.

The matter will be taken up in the next meeting.

Deliberating over imposition of ban on social media applications in Pakistan, the committee was informed that under Section 37 of the Prevention of Electronic Crime Act, the PTA has been empowered to remove or block/removal of unlawful online content, if it considers it necessary in the interest of defence of Pakistan, glory of Islam, contempt of court, decency and morality, defamation, child pornography, modesty of natural person, dignity of natural person, public order, hate speech, incitement to an offence etc.

To meet the given mandate, the PTA has devised a standard operating procedure for lodging complaints.

According to the SOPs, an online portal is provided to stakeholder organisations to lodge complaints according to their domain/scope of work.

The PTA has published an email address in all major newspaper of the country.

Any person can lodge complaint regarding objectionable content over internet.

In addition, the complaints are received via CMS (Complaint Management System).

A person who is aggrieved due to presence of any content over internet can approach the PTA via fax, email or conventional email for removal of alleged content.

The complaints are analysed and processed. If the reported URL is hosted on an unsecured platform, it is blocked locally through local ISPs.

If the URL is hosted on a secured platform then administration of concerned website is requested to remove the unlawful content.

As far as blocking of applications is concerned, it is submitted that the PTA has blocked only two applications i.e. PUBG and BIGO since, promulgation of PECA 2016.

The PUBG was banned due to complaints from public regarding its negative impact on physical and psychological health of the young individuals, in addition to the reports of suicides associated with the said game.

BIGO was blocked due to complaints of indecent material present on the platform.

Both the applications were unblocked after assurance from the said platforms to respect local laws of Pakistan.

In addition to blocking unlawful content, the PTA has taken several steps in order to educate the general public w.r.t. uploading or sharing any unlawful content on internet and social media.

There is a hearing of the case in court tomorrow.

The Committee was of the view that blocking websites and applications is not the answer to curb immorality; regulations need to be put in place to achieve this goal.

Regarding the follow-up on current status of child abuse for filming and uploading videos on dark-web with reference to the case reported in Rawat, Rawalpindi; the committee was informed that on conducting digital forensics analysis it was revealed that three potential applications Tor, Duck-Duck GO, and Super VPN are found but no activity or links leading to dark-web.

Access to banned websites and purchase of drugs via email was found.