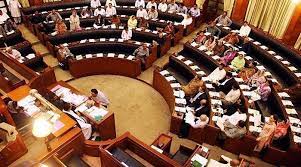 The Sindh Assembly on Monday once more adopted the Sindh Protection of Journalists and Other Media Practitioners Bill 2021. The bill was earlier returned by the governor to the legislature as he had objected to some features of the proposed law and refused to give his assent.

After the second passage of the bill by the Sindh Assembly, it has been enacted. In a statement issued on Monday, Sindh Information Minister Syed Nasir Hussain Shah greeted the fraternity of journalists and media persons on the second time adoption of the bill aimed at the protection of people associated with the news media in the province.

Speaking in the Sindh Assembly when the bill was again presented in the house for consideration, the information minister said that earlier the assembly had approved the bill and sent it to the governor to get his assent to make it a law but he returned the bill without his assent after raising unnecessary objections to the draft of the proposed law.

He alleged that undue hurdles had been created in the enactment of the law aimed at protection of the journalists in Sindh. “This was done because the federal government has been banning media and press as it doesn’t want that such a bill is passed, which is aimed at the protection of media workers and journalists,” Shah said.

He added that the federal government had introduced an ordinance to stifle the voice of media as new laws were also being adopted for the purpose. “They don’t accept independence of the media and protection of the media workers,” said the information minister as he criticized the Pakistan Tehreek-e-Insaf’s federal government for its media policies.

“In order to give response to such people, we are presenting once again in the Sindh Assembly the bill for the protection of journalists so to adopt it without the help of the people who have been creating such hurdles,” Shah said. 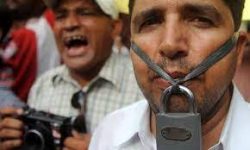 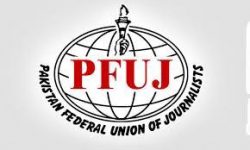