Protection of journalists: Sindh government urged to set up commission 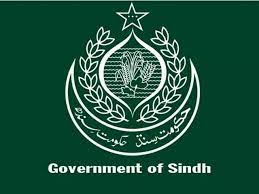 The seminar was jointly organized by Karachi Press Club (KPC) in collaboration with the Pakistan Press Foundation (PPF) and Karachi Union of Journalists (KUJ) to commemorate the international day to end impunity for crimes against journalists with special focus on Sindh Protection of Journalists and other Media Practitioners Act 2021, here at KPC.

Sindh government spokesman and the Administrator Karachi Murtaza Wahab, speaking on the occasion said, the ruling PPP genuinely believes in freedom of the press and democracy. He vowed to stand shoulder to shoulder with the media in its continued struggle for freedom of expression in the country.

He was of the view that without implementation of the constitution in letter and spirit, the isolated laws may not yield tangible results.

He said the state pillars, the judiciary, executive, legislature, and the media, need to work under their defined constitutional jurisdictions, and this will only ensure an inclusive growth, peace, prosperity, and the sense of protection amongst the all segments of society.

He said journalists are the mirror of society, and safety and protection of media practitioners is their fundamental right. Sindh is the first province to pass the journalists safety act, he said.

Dr Tauseef Ahmad Khan said condition of journalists in Pakistan is going from bad to worse. They are being threatened, tortured and killed with impunity, while the state is unmoved. Nearly 200 journalists have been killed in Pakistan since the 9/11 incident. The state institutions seem least bothered about this grim situation.

He underscored the need of strong mobilization of journalist fraternity, and civil society to ensure freedom of media in the country.

With the phenomenal growth in media technology and means of communication, Jabbar said, media can no longer be suppressed. Those who are hell bent upon curtailing media freedom, should know the fact that media has become the public sphere in this digital world, now.

He acknowledged and paid tribute to the Sindh government, as well as, the opposition benches for giving their consent in favour of freedom of the press.

“The Sindh government has passed journalists protection bill which is good, but I have no trust in governments,” he said. Judicial process is hectic, as cases are pending with the courts for many years

He was of the view that protection of a journalist starts from the organization where he is employed. The employer should ensure timely salaries, give insurance to the journalists, and own him at the time of trouble.

Owais Aslam Ali secretary general of PPF said journalist is an important character of society, and those who threaten him, are actually very powerful.

He said the law has identified two main duty-bearers, one is the government and the other is media organizations.