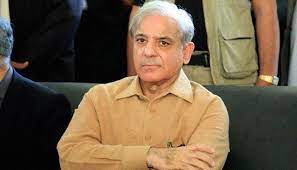 Prime Minister Shehbaz Sharif on Sunday directed the authorities concerned to ensure the security and safety of senior journalists and their homes.

Following the directions of the premier, PML-N spokesperson Marriyum Aurangzeb has contacted the Inspector General of Police (IG) Islamabad Ahsan Younis and told him that those who tried to harass journalists and attacked their homes should be dealt with severely.

“Those who tried to bully and attack the houses of senior journalists Hamid Mir, Asma Shirazi, and Saleem Safi will be dealt with severely. Instructions have been issued to the concerned law enforcement officials, including IG Islamabad. Bullying of any kind will not be tolerated,” she wrote on Twitter.

Aurangzeb said that the Constitution has guaranteed citizens their fundamental rights and rights to the freedom of expression, therefore, no concessions should be made to those who take the law into their own hands.

She went on to say that with the ouster of Imran Khan from power, the intimidation and torture of journalists will no longer be tolerated.

“Imran Sahib’s dark era of suffocating journalists, breaking their ribs, shooting them, taking TV shows off-air, putting journalists in jails for four years is over. Your bullying will no longer work,” she tweeted.

The IG Islamabad said that he was personally monitoring the situation and would strictly implement the orders of the prime minister.