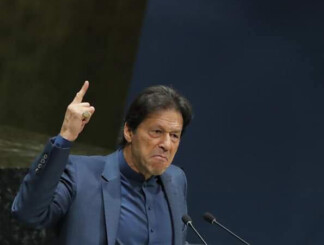 QUETTA: Provincial Minister for Health and Deputy Parliamentary Leader PTI in Balochistan Assembly Meer Naseebullah Marri has said that Prime Minister Imran Khan with his stimulating speech presented a strong case of Kashmir in the United Nations. He is being praised not just in Pakistan but in India as well, he added.  “Prime Minister Imran Khan has declared Kashmir a major issue of the entire region which has been corroborated by many global leaders,” Naseebullah Marri said.  “The PM warned the world community about security threats prevailing between the two atomic powers,” he continued. Criticising Imran Khan’s opponents for hate comments over the speech, he added Prime Minister has elaborated to the world that the entire Pakistani nation stands united with Kashmiri brothers and sisters.