Pindi Forests Dept to plant over 1.7m saplings during monsoon 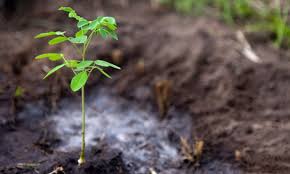 Rawalpindi-Taking advantage of the ongoing monsoon showers in the region, the Rawalpindi Forests Department plans to plant over 1.7 million saplings in the North and South circles of the division.

According to Chief Conservator of Forests, Northern Zone, Rawalpindi Ather Shah Khagga, a plan for planting trees across the province had been devised to bring maximum area under forest cover, a basic requirement to overcome environmental degradation.

The Forests department will plant over 940,000 saplings during the monsoon tree plantation campaign 2019 in Rawalpindi North Circle, he said. To promote social forestry, students will be involved in the drive, he said, adding that special emphasis was being given on plantation of shrubs and deep-rooted plants on the banks of Murree Expressway to prevent land erosion and landslides.

He said that thousands of saplings would be planted in Murree under bioengineering work, a landslide control technology. To a question, he said that their target under the spring tree plantation 2019 had been achieved successfully.

He added that main objective of tree plantation campaign was to create awareness amongst the people to plant maximum trees so that problems of environmental pollution could be controlled. In this regard, he said that they would be trying their utmost to reach the sapling-planting target for their circle before the monsoon season ends.

He said that divisional forest officers had been directed to plant maximum saplings during the campaign together with help from local residents, the civil society organisation, officials and students to meet the target.

The chief conservator said that staffers of the forest department had been activated to ensure proper forestation in their respective areas which would then be inspected by senior forest officers.

He said that forests played an important role in supporting and maintaining ecological systems and cycles. Forests depend on and contribute to many complex processes that are responsible for recycling carbon and water. They also regulate water flows and protect the soil, he added.

Maximum saplings are being planted with the help and cooperation of civil society, officials and students during the campaign, he added.

He said that the staff members of the department had been instructed to ensure proper forestation in their respective areas which are inspected by the senior forest officers. He said that it was need of the hour to increase forest cover by accelerating the speed of plantation process, adding that government could not achieve the task alone and people belonging to all walks of life should come forward and play their role in this regard.

He encouraged the citizens to plant maximum saplings to enhance forests and trees which would help control the problems of environmental pollution due to the rapidly rising population. “We are trying to create awareness of the importance of all types of forests. We encourage the citizens to undertake efforts to organise activities involving forests and trees, such as tree planting campaigns,” he added.

Meanwhile, the Forests Department Rawalpindi South Circle will plant 830,000 saplings under Monsoon Tree Plantation Campaign 2019. Conservator Forests, Rawalpindi South Circle, Saqib Mahmood said that all out efforts would be made to make the monsoon tree plantation campaign a success. Nearly 180,000 saplings will be provided to different Defence Departments while 100,000 saplings would be distributed among schools, colleges, health and other Govt departments during this season, he said.

Due to effective awareness campaigns, the trend of planting saplings had increased considerably and the citizens had started playing their due role. Plants of different species were available at the nurseries of the Forest department at eight rupees each price, he added.

He said that the department would plant saplings during Monsoon season in South circle including Rawalpindi South, Jhelum, Attock and Chakwal districts. The plantation program would continue till September 15, he added.