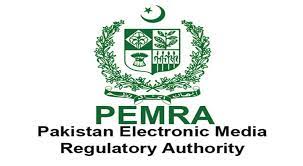 DG Pemra Punjab, Ikram Barkat said on Wednesday that the authority is undertaking a mega task of regulating and monitoring around 5000 broadcasting license holder companies, including 131 satellite TV channels, 4068 cable TV channels, 268 FM Radio stations and others of different categories, for guarding the public’s right of freedom of expression and maintaining standards of morality, decency and public order against the abuse of media might, and the dignity of the state and its institutions.

Barkat shared interesting facts of the department’s research that showed that around 64 per cent of the viewers in the country possess LCDs, while 36 percent still have old picture tube TV sets. The average TV watching time among the countrymen was 1.2 hours/day which rose to 2.7 hours during the Covid lockdown.

Interestingly, 75% viewers of entertainment agree with the content and 25% disagree. Only 24% viewers watch advertisements, 56% have no interest in ads, 19% are uninterested, while 63% men and 49% women are annoyed with them.