PEMRA Issues Notices for Collection of Billions of Rupees from TV 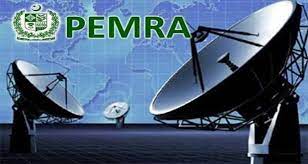 Under the terms and conditions of the license issued to the Pakistani TV channels by PEMRA, the channels were required to pay 5% and 7.5% for (for news and Current Affairs and Entertainment) to PEMRA of the revenue generated from advertisements, said a press release issued here.

However, for the last several years, the channels have been unable to pay PEMRA in this regard.

Under Rule 17 of the PEMRA Rules 2009, all licensees were required to submit their audited accounts from the Chartered Accountant to the Authority within three months at the end of the financial year.

The audited financial statement will be submitted to the authority at least 3 months before the end date of each financial year.

It is worth mentioning that PEMRA has provided several opportunities to TV channels to submit their audited accounts to the Authority.

Notices were issued to the channels without any discrimination in March 2020.

Later, in the 165th meeting of the Authority, the authority constituted a three-member committee headed by Faisal Sherjan.

It is pertinent to mention here that this case has been pending in various courts for over a decade and finally in 2019, the Supreme Court decided to ensure implementation of PEMRA Rules 2009.

The payment of specific revenue in respect of revenue from advertisements issued by PEMRA is definitely legal and the government is required to be paid by all licensed TV channels.

This law of PEMRA is part of the issued license and all the channel owners have signed this clause for implementation.

However they were reluctant to deposit billions of rupees in the government exchequer and they were using their TV channels to mislead the people by spreading unwarranted propaganda against the authority and the government.