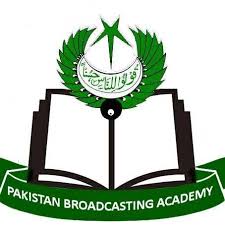 ISLAMABAD: ‘We Are Pakistan’, is the title for a month long programme to celebrate 72nd anniversary of founding of Pakistan by the Pakistan Broadcasting Corporation (PBC) in befitting manner.

It would also be the anniversary of the PBC. A ceremony marking the launch of programmes was held at the National Broadcasting House in Islamabad on Wednesday. The programmes, arranged both by the News and Current Affairs Channel and Programme Department will be broadcast from 1st of August to 31st August under the theme ‘We Are Pakistan’.

The Radio Pakistan’s Director General, Shahera Shahid, who was the chief guest on the occasion, appreciated the News and Programme Wings for coming up with new programmes this year to mark the anniversary. She said this reflects the sheer professionalism of the employees of Radio Pakistan and their devotion to work to put before the masses the true image of the national broadcaster. She said the contributions of Radio Pakistan are acknowledged far and wide. The director general said all out efforts will be made to put the organisation on the path of development regardless of financial and human resource constraints.

She said the current affairs is launching a new programme–Azm-e-Pakistan–in which the struggle and vision of the leaders of Pakistan Movement will be highlighted. She said living legends in different fields will also be invited to highlight their contributions to Pakistan.

In addition, there is also programme to highlight the role played by women in Pakistan Movement. On the occasion, national songs were also presented which enthralled the audience.

Earlier, the director general planted a sapling on the premises of Radio Pakistan to mark the launch of Shajrah-e-Azadi. Under this campaign, saplings will be planted in the green area of PBC Headquarters.