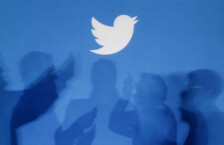 KARACHI: The Twitter account of the defence correspondent of The Express Tribune was briefly suspended on Friday after he replied to an irresponsible veiled nuclear threat by Indian Defence Minister Rajnath Singh.

Writing on his verified Twitter handle, Singh hinted that India could end its policy of ‘No First Use’ of nuclear weapons “depending on the circumstances”.

“Pokhran is the area which witnessed Atal Ji’s firm resolve to make India a nuclear power and yet remain firmly committed to the doctrine of ‘No First Use’. India has strictly adhered to this doctrine. What happens in future depends on the circumstances,” he tweeted.

Singh’s tweet was widely hailed by a huge section of Indian warmongers on Twitter, calling it a “Clear message to Pak and China”.

However, when Kamran Yousaf, the defence correspondent at The Express Tribune, replied to Singh’s tweet, his Twitter handle was immediately suspended.

“Indian defence minister hints doing away with the policy of ‘no first use’ of nuclear weapons. This surely will raise the spectre of a nuclear war in South Asia. Dangerous signs,” wrote Yousaf in his reply to Singh’s tweet.

Then a friend advised Yousaf to delete his last activity on Twitter. “As soon as I deleted my reply to Singh’s tweet, my account was restored immediately,” he added.

Indian officials have admitted that they have been putting pressure on the Twitter management to block the accounts of Pakistani journalists.

Replying to Mittal, Arshad Sharif said the move shows the Narendra Modi government is unnerved by flux of information on Occupied Kashmir which has been placed under a communication blockade by New Delhi since August 5 – the day Occupied Kashmir was robbed of its special status.

“An #Indian official concedes how #Indian govt is unnerved by twitter accounts of #journalists from #Pakistan , including of yours humbly 😉 Thank You @smittal_ips for your encouragement to report more facts about #Kashmir & to expose your atrocities in #IOK,” wrote Sharif.

Interestingly, no action is taken by the microblogging site against Indian warmongers and hate-peddlers who have been spewing venom against Pakistan and feeding the world on lies about the situation in IOK.