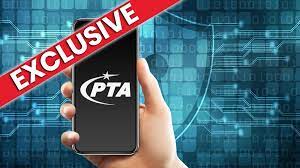 As per details, PTA received more than 1,200,000 complaints including 134,000 against facebook and blocked over 1,135,000 IDs for posting ‘illegal’ content and involvement in a smear campaign against state institutions.

PTA said more than 112,000 fake IDs were blocked on facebook. Furthermore, the regulator received 65,122 complaints for posting ‘immoral’ content on TikTok and after review, 63,000 IDs were blocked.

More than 36,000 videos were removed from YouTube by the Pakistan Telecommunication Authority (PTA), while 31,860 IDs on Twitter were also blocked on the complaints.

Taking to Twitter from its handle, PTA said that continued efforts by the authority and telecom operators to restore connectivity in flood affected areas has resulted in further reduction of non-functional sites count to 163.

“Work is in progress for complete restoration of telecom services in flood affected areas on top priority,” it said.