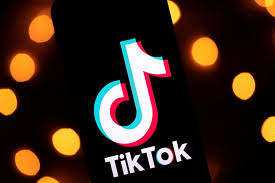 ISLAMABAD: After several warnings, the Pakistan Telecommunication Authority (PTA) on Friday placed a ban on TikTok in the country as different segments of society continued to complain against indecent/immoral short video sharing through the Chinese app.

The telecom regulator issued instructions to relevant officials for blocking the application in the wake of the nature of content being consistently shared on TikTok and the subsequent complaints against it.

PTA had issued a final notice to the application in July and gave considerable time to respond and comply with PTA’s instructions for development of effective mechanism for “proactive moderation” of unlawful online content.

The press release issued by the telecom regulator stated that the application (TikTok) had failed to fully comply with the instructions, therefore, directions were issued for blocking of the application in the country.

However, the PTA said, TikTok had been informed that the regulator was open to engagement and would review its decision subject to a satisfactory mechanism by TikTok to moderate unlawful content.

Owned by ByteDance company of China, TikTok has recently been in trouble in many countries due to many reasons but mainly owing to extraordinarily free and unregulated contents.

TikTok is among the highest downloaded apps in Pakistan, followed by WhatsApp and Facebook. According to the details provided by TikTok to the PTA, the application has 20 million active users per month. The app has not given details regarding TikTokers and the PTA also does not have independent figures in this regard.

Meanwhile, a PTA official said the free-for-all policy of the app was not only having an extremely negative effect on society in general and youth in particular but it was also a challenge to the laws of the state.

Apart from immoral content, there were concerns from political leaders, too, over the behaviour of several TikTok stars, including Hareem Shah.

The regulator had issued a final warning to TikTok some three months ago as several complaints were received against immoral, obscene and vulgar content on social media applications particularly Tik Tok and Bigo, and their extremely negative effects on the society in general and youth in particular. The PTA in its final notice had warned the app to moderate the socialization and content within the legal and moral limits in accordance with the laws of Pakistan.

Meanwhile, in response to the PTA’s action TikTok upgraded its community guidelines in September and issued its Urdu version, too.

The upgraded community guidelines provide general guidance on “what is and what is not” allowed on the platform to keep TikTok a safe place for creativity and joy, and are localised and implemented in accordance with local laws and norms.

TikTok informed the authority about the measures taken to “remove” content that violates the community guidelines, and to “suspend” or “ban accounts” involved in severe or repeated violations.

Besides, TikTok also has an in-app reporting feature for users to flag potentially inappropriate content or accounts to the service provider. However, the app has maintained that technology in the current era was not so advanced that a platform can solely rely on it to enforce policies, and the TikTok has a team of trained moderators to help review and remove content.

Between July1 and December 31, 2019, TikTok removed 49.24 million videos globally, which is less than one per cent of all videos uploaded on the network.