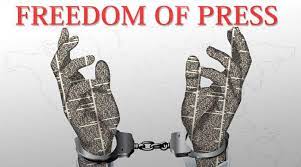 The election of Prime Minister Shehbaz Sharif in April 2022 brought initial hopes for an improved climate for press freedom in Pakistan, however the country’s journalists continue to face physical attacks, harassment, and arrests, according to data collected by IPI on press freedom violations in Pakistan between April and September of 2022.

IPI documented at least 38 press freedom violations during this six-month monitoring period, the majority of which were arrests and detentions of journalists. In April, three journalists were charged with sedition for criticizing state institutions. They were among numerous other journalists who were charged under different provisions of Pakistan’s criminal code, which is often used to punish journalists for critical, public-interest reporting.

IPI monitors and collects data on press freedom violations in Pakistan as part of an ongoing cross-border project that brings together partner media outlets in India, Pakistan, Bangladesh, and Nepal to create public awareness about attacks on journalists and highlight the erosion of press freedom across South Asia.