Pakistan Press Foundation strongly urges the government to reconsider ban on screening of the feature film “Joyland” movie that is Pakistan’s submission for the Academy Awards. -
ISSN 2226-7492

Pakistan Press Foundation strongly urges the government to reconsider ban on screening of the feature film “Joyland” movie that is Pakistan’s submission for the Academy Awards. 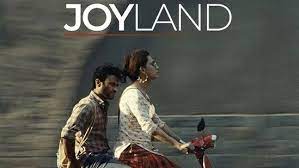 Pakistan Press Foundation strongly urges the government to reconsider ban on screening of the feature film “Joyland” movie that is Pakistan’s submission for the Academy Awards.

Pakistan Press Foundation (PPF) has strongly urged the federal Ministry of Information and Broadcasting to reconsider its decision to ban the screening of the feature film Joyland in Pakistan. Joyland has been banned despite being given clearance by three film government censor boards that are authorised to rate and permit the public viewing of movies.

According to the daily Dawn, quoting a press release, the film largely revolves the  son of a middle class Pakistani family, who secretly joins a theatre and develops a friendship with a trans dancer struggling to make a mark in theatres. The family drama in the film emphasises the themes of “desire, secrets and empathy”.”

In a notification dated November 11 the ministry stated that the film had earlier been presented to the Central Board of Film Censors (CBFC) Islamabad for certification, which it had been granted.

However, the notification stated that written complaints had been received that the “film contains highly objectionable material which do not conform with the social values and moral standards of our society and is clearly repugnant to the norms of decency and morality as laid down in Section 9 of the Motion Picture Ordinance 1979”.

The notification added that after “conducting a comprehensive inquiry”, the federal government had declared that it was uncertified for all of Pakistan in cinemas which fall under the jurisdiction of the CBFC. In an Instagram post, Joyland Director Saim Sadiq shared that the film had been seen and approved by all three censor boards — the Sindh, Punjab and central censor boards — in August 2022.

On November 14, Prime Minister of Pakistan’s Strategic Reforms Unit head Salman Sufi announced that Prime Minister Shahbaz Sharif had constituted a high level committee to assess Joyland and review the ban.  “The committee will assess the complaints as well as merits to decide on its release in Pakistan,” Sufi shared.