This year, the media in Pakistan, is operating under a new and challenging environment created by the spread of COVID-19. Since the spread of the pandemic in the country, two journalists have died and at least 38 media workers have tested positive.

Pakistan Press Foundation’s (PPF) “Report on Media Safety and Press Freedom in 2019-2020” released to commemorate the World Press Freedom Day on May 3, has detailed the alarming situation surrounding COVID-19 created for the Pakistani media.

According to the report most media organisations as well as the government have not ensured the effective implementation of safety protocols nor the timely provision of personal protective equipment (PPE) to media workers.

A key recommendation of the report is calling on Pakistan’s media associations including the Pakistan Broadcasters Association (PBA), The All Pakistan Newspaper Society (APNS) and Council of Pakistan Newspaper Society (CPNE) to develop detailed workable guidelines for all media workers on how to cover the coronavirus safely and to monitor their implementation by their member organisations.PPF has also urged the government to provide support to the media in ensuring the safety of media workers.

The number of positive cases amongst media workers is an alarming trend that reflects a lapse in the implementation of the necessary measures to ensure the safety of media workers and prevent their exposure to the virus. While at least 38 cases have been confirmed in media workers, the actual figures could be much higher as only a small fraction have been tested for the virus.

In addition to the protection of media workers, the coronavirus has also created new challenges for the media on how to cover the pandemic, ensuring accurate information as fake news is circulated on social media platforms, making sense of data on the virus and government rhetoric that undermines media coverage as well as the financial setback created by the virus, which has send much of the world in some form of lockdown.

The report also recommends that all levels of government recognise the need for free flow of information during this time, respect the right to freedom of expression and to release all journalists who have been arrested for their work.

The report also discusses factors surrounding press freedom and the safety of journalists in Pakistan during 2019-20 that has seen an increased muzzling of the freedom of expression in a country that has an already weak track record on press freedom.

Between January 2019 and April 2020, journalists in Pakistan worked under increasing restrictions with little accountability of those who limit freedom of expression, continue to target journalists and aim to discredit the work of the media through a range of tools from attacking journalists to placing financial constraints on media outlets as a pressure tactic.

Journalists have come under fire for their work in various arenas and have faced physical assault, including in two instances deaths of journalists due to their work. In at least one instance this year, a journalist was briefly abducted and harassed. In another instance, the house of a journalist was raided and a publishing house printing one of renowned writer Muhammad Hanif’s books in Urdu was raided.

In addition to physical acts of violence and intimidation, journalists have faced threats, both in person and online. These threats have been issued by individuals in positions of power which leads to an increased pressure on the journalists and their media organisations and can lead to self-censorship. The threats and harassment journalists experience has extended online on social media platforms, where the media has been subjected to smear campaigns. Trends against the media are often trending on Twitter.

There have also been at least five arrests of journalists. The most high-profile case of a media personnel arrested is the arrest of the Jang and Geo Media Group Editor in Chief Mir Shakil ur Rehman on March 12, 2020.  Rehman was arrested by the National Accountability Bureau (NAB) irregularities in the purchase of his residential property 34 years earlier, however, it raised concerns about press freedom and appeared to be an attempt to pressurise the largest media group in the country. Despite numerous local and international calls for his release, Rehman remains behind bars.

This already high-risk environment which journalists operate under has been further made difficult by the policies and rhetoric of the ruling Pakistan Tehreek-e-Insaf (PTI) government, which in 2019 likened critical media coverage to treason. While Prime Minister Imran Khan dismissed curbs on press freedom in Pakistan as a “joke”, the policies and proposals of the government including media courts and social media regulations, indicate a control over the autonomy of the media.

Meanwhile, Pakistan Electronic Media Regulatory Authority (PEMRA) has on numerous instances provided “advice” to the media which creates controls on what the media can cover and what could be unacceptable. During this time period, on numerous occasions, television channels or shows have been removed from air during interviews with opposition politicians including, former president Asif Ali Zardari and Pakistan Muslim League-Nawaz (PML-N) Vice President Maryam Nawaz.

Between January 2019 and April 2020, there have been proposals to regulate social media content. This led to various social media companies threatening to leave Pakistan and creating a grim picture for the opportunity for free expression online.

An environment where journalists are the target of government and other officials’ scorn and are often threatened for their work — both verbally and physically — creates a bleak picture for press freedom and the safety of journalists in Pakistan.

The complete report is available at 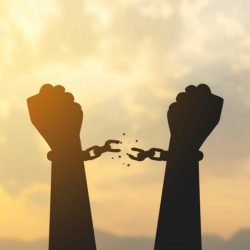 Role of media vital for creating awareness about corona vaccine’