Pakistan Press Foundation (PPF) alarmed by the registration of a blasphemy case against journalist Waqqar Satti over a video he posted on Twitter. -
ISSN 2226-7492

Pakistan Press Foundation (PPF) alarmed by the registration of a blasphemy case against journalist Waqqar Satti over a video he posted on Twitter. 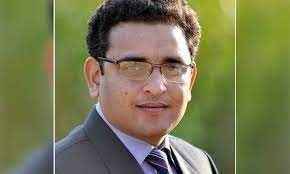 Pakistan Press Foundation (PPF) is alarmed by the registration of a blasphemy case against Waqqar Satti over a video he posted on his Twitter account with his personal views.   This is an alarming trend to troll journalists and their families on social media platform by well-organized social media wings of political parties.

On Aug 27, 2022 a first Information Report (FIR), which is a criminal conplaints, was registered against Geo News correspondent Waqqar Satti on allegations of attributing disrespectful statements to former Prime Minister Imran Khan.

Rawalpindi police have registered a blasphemy and defamation case against Waqqar on complaint of a cable operator, Chaudhry Nasir Qayyum, under Sections 295-A (deliberate and malicious acts intended to outrage religious feelings of any class by insulting its religion or religious beliefs) and 500 (punishment for defamation) of the Pakistan Penal Code, Dawn reported.   The FIR mentioned statements which, according to the complainant, “disrespected” Islam.

Waqqar, on Aug 26 posted a video which was deleted later on his Twitter account @waqarsatti in which he took out different statements against Islam and attributed them to Imran, which did not belong to Imran Khan according to the FIR.   “Imran Khan has not mentioned any such words […] mentioned in Waqar Satti’s tweet — in any of his speeches,” the FIR quoted him as saying. He added that Satti’s actions had hurt his religious sentiments, “as well as that of thousands of other Muslims”.

President of the Pakistan Federal Union of Journalists, Afzal Butt, and Secretary-General Arshad Ansari condemned the registration of the FIR and called for its withdrawal.  They said in a joint statement that this is the first time in the history of Pakistan that any government has registered a blasphemy case against a journalist which will be written in black letters.

Talking to PPF, President Rawalpindi Union of Journalists (RIUJ), Abid Abbasi termed the practice of political parties to register FIRs against journalists a devastating problem. Leadership and even workers of political parties are not accepting the voices that counter their opinions.  Abid added that Waqqar like every other person shared his own opinion on his Twitter account, no one has the right to troll him, and his family and abuse them.

Shakila Jaleel, of Rawalpindi press club strongly condemned the social media campaign and registration of FIR against Waqqar Satti during conversation with PPF.  The leading political parties are shrinking the freedom of the press in the country. The FIR has false accusations, Waqqar in his video did not go to the most extreme level as mentioned in FIR. Authorities should immediately withdraw the FIR, Shakeela added.